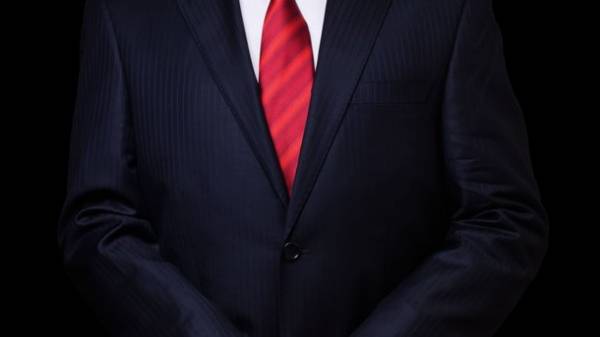 Main budget of the country began to plan anew. Yesterday, the government had adopted a budget resolution over three years — 2018, 2019 and 2020. “Today” figured out that in this period of waiting for ordinary Ukrainians. Budget resolution for three years — world practice, in contrast to our former approach with plans for only a year.

According to Finance Minister Alexander danyluk, who presented the document to the Cabinet, such planning will provide a strategic approach to resource allocation and improve the forecasting of budget expenditures. After approval by the Cabinet resolution passed in the Parliament. And after the “good” members on this basis prepares the budget every year. 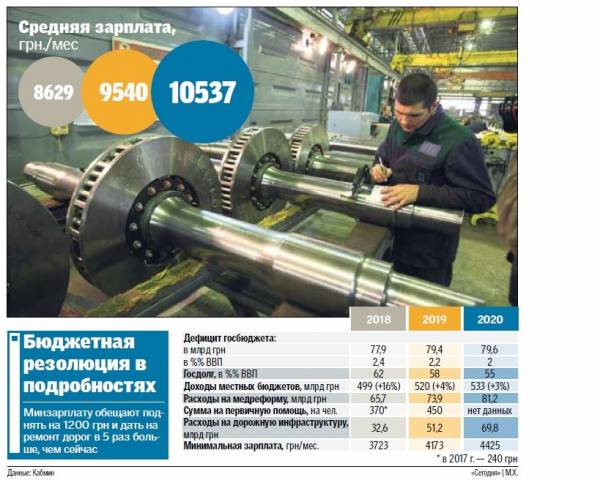 REFORM. For 2018-2020 the planned funds to conduct medical reform, only more than 220 billion (in 2017 — another 55.5 billion UAH), which should ensure the transition from detention beds to the actual treatment of patients. 1 billion per year plan to provide for the reimbursement (the program “Affordable medicine” — reimbursement of cost of drugs to asthmatics, diabetics, hypertensive patients and even some patients). For three future years at 10.8 times more than in 2017, will allocate money for the construction and repair of roads is more than 154 billion. They, for example, you can build from scratch almost 20 000 km of roads of 1st category (4 lanes with a dividing barrier, traffic lights, signs, markings, etc.) or to renovate the 35,000 km of such roads.

On land reform — the conducting of a national land valuation, the digitization of documentation, maintenance of Zemkadastr for 3 years will allocate nearly 900 million UAH. Finally, the planned large-scale privatization of state property, and 98% of the revenues, or UAH 17.1 billion a year, want to get in 2018 and 2019, and only 0.5 billion in 2020.

OPINIONS. Experts call many of these numbers are feasible, and if the document will introduce amendments to 2018. Economist Ivan Nikitchenko considers the resolution a positive step from the point of view of the transition to the prediction of the development of the country, although many of the processes in the country is still unstable and can spring a surprise: “the High uncertainty about the future — one of the major risks for doing business in Ukraine. Of course, the adoption of the resolution does not mean that the business environment in Ukraine will immediately become predictable. But the important fact of its adoption, a signal that the country is moving towards development planning for several years. This landmark, on the basis of which will form the state budget and local budgets. Of course, this forecast, there are no guarantees. But it shows that prices will rise, but not as fast as it is now. But will grow the economy, though not quickly. That is, will the improvement of living standards, the gradual reduction of interest rates on deposits and loans”.

The President Ukranalittsentra Alexander Ohrimenko praised the budget resolution as “generally normal.” “As for GDP growth and the minimum wage — really, such a low inflation is more of a wish, because it needs economic stability,” analyses Okhrimenko. But large-scale privatization is expected is unlikely as both experts believe that it is not there is political will. Therefore, to expect that the Treasury will replenish at the expense of the sale of the remaining state property, is not necessary.