Meeting of Russian foreign Minister Sergei Lavrov and his Croatian counterpart Davor Ivo Stir was marked by expression of the willingness of both countries to cooperation based on bilateral interests. The Ministers expressed satisfaction with the fact that they finally met, since since the last time such negotiations took place over 10 years, and the parties diplomatically sidestepped any mention of why the break in the contact at this level was so long.

When 10 years ago, in 2006, the Minister for foreign Affairs of Croatia Kolinda Grabar Kitarovic visited Moscow, relations between the two countries was on a downward. Russia had high hopes for the project “Druzhba — Adria” (integrated pipeline in which the terminal in Krk would Russian oil, and in the opposite direction would be transported petroleum products). The original contract was signed in 2002 during the government rachana. Prime Minister Ivo Sanader said Croatia to implement this project when they met with the Russian cochairman of the Russian-Croatian intergovernmental Commission on trade-economic and scientific-technical cooperation Sergei Shoigu at the Autumn Zagreb fair in 2004.

After a few months one of the main points in the program of the candidate in presidents from party “Croatian democratic Union” (HDZ) Jadranka Kosor was the opposition to the construction of the terminal in Krk. Although Jadranka Kosor won the presidential election, the government formed from members of the HDZ, has implemented this software installation. Since the construction of the pipeline “Druzhba — Adria” occupied an important place in the Russian strategy of energy transportation, Moscow was extremely dissatisfied with the refusal of Croatia from the project. First warning Shoigu has stopped accepting invitations to meet with representatives of the Embassy of the Republic of Croatia in Moscow, and, moreover, had frozen the work of the intergovernmental Commission on trade-economic and scientific-technical cooperation

However, some opportunities for enhancing cooperation in the field of energy still existed. Wanting to avoid litigation because of debts of Ukraine for the supplied gas, Russia has decided to implement the project “South stream”, which is to bypass Ukraine would make possible an uninterrupted supply southeastern Europe with Russian gas. During the visit to Moscow of the then current Croatian Prime Minister promised the participation of Croatia in this project, however, this promise was just words. However, the sanctions imposed by the European Union after the Russian annexation of Crimea put an end to the plans for this project.

In 2006, the Minister Grabar kitarović visited Moscow in preparation for the scheduled, albeit officially undeclared, Prime Minister Sanader’s visit to Russia. Most of the questions asked then Lavrov, on the state and prospects of Russian-Croatian cooperation Kitarovic responded that all the details he hears from the Prime Minister when he will arrive in Moscow. Suddenly, Sanader refused to visit, and many questions remained unanswered. Not Sanader came to Moscow, and Putin had visited in Zagreb.

The arrival of President Putin in Zagreb at the energy conference in 2007, evidence of the great interest of the Russian side in cooperation in the energy sphere, but from the Prime Minister Sanader and have not received a satisfactory answer. These are the main points that led to the ten-year break in relations between Croatia and Russia at the level of Ministers of foreign Affairs. In this context, of course, fit and outstanding Croatia’s obligations under the intergovernmental agreement related to the issue of building for the Russian Embassy in Zagreb.

The problem of building of the Russian Embassy in Zagreb

According to the intergovernmental agreement, countries are free to provide each other with appropriate buildings for placement of embassies. Russia did it, and Croatia, despite repeated Russian demands and have not found a suitable plot Zagare in which Russia would build its Embassy. The Minister Stier said that in the end this issue will be resolved. He also said that the Chairman of the Government of the Republic of Croatia Martina Dalic will participate in the St. Petersburg economic forum.

As the official representative of Croatia for the first time participate in this forum, despite the fact that until now the organizers every year sent invitations that went unanswered, it is clear that we are talking about trying to fill longstanding gaps in the Croatian policy towards Russia. In a similar spirit of good will were announced on the Russian-Croatian economic forum.

Giving examples, proving that there are prerequisites for the successful bilateral cooperation, Minister Lavrov mentioned the construction of a thermal power plant “Sisak”. A year and a half ago its construction was completed by the Russian company Power machines and Technopromexport. The fact that the power plant was built by a Russian company, is a natural consequence of the fact that the components for its construction Croatia received from Russia as part of the settlement of the clearing debt of the former Soviet Union and former Yugoslavia. Upon successful completion of this project, Russian companies are expecting new projects in the field of construction of energy facilities in Croatia.

Speaking to reporters, Lavrov said in an interview with Croatian counterpart, special attention was paid to Bosnia and Herzegovina. According to the Russian Minister, both sides expressed their commitment to the provisions of the Dayton agreement, which defines the equality of Muslims, Serbs and Croats, and wide powers to two entities. Lavrov also said: “We believe that the principles underlying the Dayton agreement should be fully respected and in no way to be reviewed”.

The Minister Stier said on this subject, only what both parties stand for the equality of all three peoples and all citizens, however, did not mention neither the subjects nor their powers. Stier expressed satisfaction with the fact that the Russian side displayed a constructive approach to the problem of the oil refinery in Bosanski Brod. Answering a journalist’s question about this, Lavrov diplomatically avoided commenting on the statements and actions of the President of Republika Srpska Dodik, who opposes gasification of this refinery. Lavrov noted that the Russian company Zarubezhneft, which owns the refinery in Bosanski Brod, are no obstacles for the gasification of no.

The Russians on the side Gruevski in Macedonia

Lavrov also said the words that probably were not to the liking of the Minister Styro. The Russian foreign Minister saying that as far as he knows, the level of emissions from the refinery does not exceed the standards prescribed in the laws of Bosnia and Herzegovina. Interestingly, commenting on the events in Macedonia, Lavrov said that “the actions of some of the opposition with support from outside threatened the Macedonian statehood,” and thus clearly sided with the former Macedonian Prime Minister Gruevski and the current President Ivanov, who for several months refused to give the mandate of Zoran Zaev, although he provided proof of the existence of a parliamentary majority.

It would be interesting to know what actually was said on this subject during the meeting, Lavrov and Stir, as it is unlikely that in this respect the official Croatian position coincides with the Russian. The same is probably true of Lavrov’s emphasis on the fact that the Kosovo government does not fulfill obligations prescribed a long-standing UN security Council Resolution 1244 of 1999. It is not clear what part of the resolution does not Pristina. Lavrov also noted that Russia and Croatia support the consistent implementation of the Minsk agreements, which are designed to resolve the conflict in Ukraine.

Lavrov also openly criticized the Ukrainian authorities for the fact that the statements of their representatives confirm that in fact Ukraine has refused these agreements. Given the recent performance of the Croatian Prime Minister, visited Ukraine and criticized Russia’s policy, the Minister Styro had to show great diplomatic skills when talking about the Ukrainian issue. The Ministers talked about Russia’s relations with the European Union. Russia is not happy with them and believes that it is necessary to restore cooperation between the Eurasian economic Union headed by Russia and the EU.

Lavrov said that the Ministers also discussed the Middle East and terrorism. It was noted that among terrorists there are immigrants from the Balkan countries who come back there and thus increase the risk of the spread of terrorism in Europe. The Ministers talked about the persecution of Christians in the middle East. The the Croatian Minister more widely covered this issue. In his address to journalists the Minister Stier expressed satisfaction with the fact that the Russian side understands the actions being taken by the Croatian government in the case of Agrokor. Lavrov spoke about this, answering a reporter’s question.

He denied the probability that the case is politically motivated, and expressed confidence that the stakeholders without intermediaries will agree on ways of resolving the crisis. According to Lavrov, the meeting also discussed the legislative decisions with which the government of Croatia regulates the decision problems of the firm Agrokor. Russian banks interested in the health of this company. At the end of his speech to reporters, the Minister Stier noted that the conversation will continue over lunch. He stressed that Croatia maintains its position of the EU and NATO. He thereby gave grounds to assume that perhaps in the course of the conversation, disagreements arose, which, however, the Ministers could not tell reporters.

What is the Russian role in the Balkans?

It would be surprising if disagreements did not arise because the position of the EU and NATO on the one hand and Russia on the other about which is the optimal solution for achieving stability in Ukraine and South-Eastern Europe, are very different. Croatia believes that, to ensure stability in the region it is important that countries that are not yet part of the EU and NATO have become their members. Russia believes that NATO enlargement in the region will threaten Russian national security. Convincing arguments in favor of this from Russia. Most likely, she suggests, conducting subversive activities in this most unstable European region, will be able to get certain benefits. Easing or lifting of economic sanctions imposed over the annexation of Crimea, can be one of the goals pursued by Russia.

We can say that the Minister Stier managed in an unfavorable situation to mitigate the impact of mistakes of previous governments and their neglect of relations with Russia. If all that was promised, really come true, it will contribute to the improvement of bilateral relations between the two countries. Gently reminding about the past dynamics of visits at the highest level, Stier said that his visit will follow visits to the Russian Federation President and/or Prime Minister of Croatia. All this gives grounds for optimism. And now, from diplomats to make the relations of Croatia and Russia mutually beneficial as possible in a broader geopolitical context, which is, however, not too favors such developments. 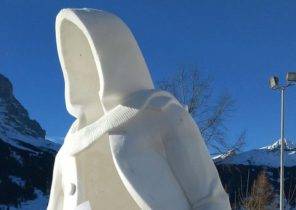