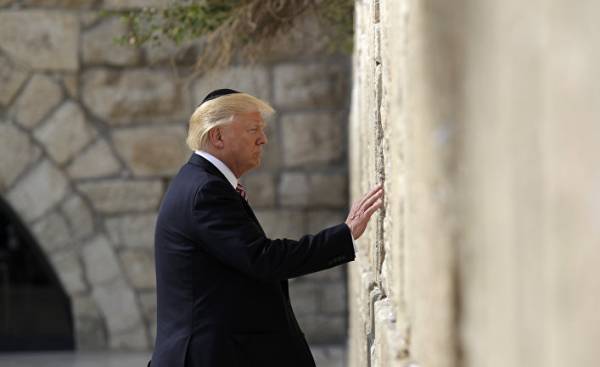 The first foreign trip of trump is neither a failure nor a success. And if all the previous politicians have come to power in America with a ready foreign concepts that Donald trump forced to improvise, forgetting all his campaign promises: to stop paying NATO to put in place many of its allies, the “content” which is too costly for America to get out of important trade agreements with its neighbors on the continent. First visit to the unknown world for him only confirms the opinion of American foreign policy experts about what the new US President on the go trying to build some kind of strategy based not so much on the experienced Department, how many members of his team in the White house.

In Riyadh on human rights

Meanwhile, the selection of the three countries for the first tour of Saudi Arabia, Israel and the Vatican immediately made amazement raise the eyebrows of eminent American journalists.

Anne Applebaum in The Washington Post recalls that the last four American leader — two Republicans and two Democrats — made his first trip to Mexico and Canada, the two closest trade and economic partners of the United States. Trump promised just to expose their obstruction, and the current occupant of the White house suddenly chose to go to the middle East, however, the US ally, but which is the “kleptocratic oligarchy”.

Needless to say, not really logical choice. While the Saudi monarchs are really afraid of Islamic extremism, the US not forget that 15 of the 19 hijackers that September 11, 2001, made a terrible attack on America were Saudi nationals. And not only that: the U.S. Congress has supported a multimillion-dollar lawsuit filed against Saudi Arabia by relatives of victims of the terrorist attack that can in the near future to provoke a very unpleasant crisis in relations between the two countries.

The American media have noticed a number of oddities during trump’s visit to Saudi Arabia. For example, the sword dance, which was attended by the President and his Secretary of state Rex Tillerson. Until now, American leaders made it clear to the Saudi monarchs that will support their country in the military sphere, but their medieval political culture, to put it mildly, advertising is not going to. And that is exactly what did trump his Secretary of state and other officials from the delegation of his unexpected part in the sword dance.

During a visit to trump in the international spotlight were also two “beauty Queen” — his wife Melania and daughter Ivanka. First, everybody commented on the fact that both ladies appeared in Saudi Arabia with an uncovered head, whereas in this country all women should cover their heads and often faces. But the lack of understanding in America was the fact that Ivanka touting “enterprise” Saudi women, as if forgetting the fact that they had almost no rights in their own country — they can’t drive cars or to travel abroad without the consent of their husbands and other male relatives.

And finally, this passage: in Riyadh, the Secretary of state Tillerson has raised the issue of human rights in Iran. But it was probably not the best platform for such topics, because in Saudi Arabia not even those basic political and religious rights that exist in Iran.

The issue of Iran raised the trump in Saudi Arabia, in General deserves a separate discussion. Like any sensible person it is clear that the main danger to world civilization is the spread of Islamic terrorism, and the proof was the action of a suicide bomber in Manchester, and not the policy of the government of Iran or Syria. However, trump in Saudi Arabia have focused on the threat of Iran, calling “awful” the fact that the conclusion by the Obama administration deal with Iran on nuclear weapons. And this despite and even contrary to what the international community has significantly weakened economic sanctions against Iran, and just held in Iran’s elections won by the moderate reformer Hassan Rouhani, who is focused not on confrontation, unlike their predecessors, and constructive relations with the West.

But trump continues to threaten Iran and put the country on a par with ISIS (zapreshhennaja organization in Russia — approx. ed.). Under this cut out is not too elaborated the idea of the President on creation of an “Arab NATO.” But the countries of the region too many contradictions, so they can construct this kind of Alliance. They were not, and there is no single perception of the common enemy. For Riyadh, Iran. And for example for Egypt is Libya in its current form. The military campaign, which started with Saudi Arabia in Yemen, quickly showed the inability of the coalition to solve the problem in this country in a military way that brings to mind the helplessness of the Arabs together to fight with Israel.

Of course, America is able to raise the military potential of countries of the region in the fight against the extremists, evidence of which was the signing of arms contracts during the visit trump with Saudi Arabia at $ 110 billion. But, nevertheless, the visit left the impression of a not too well-developed impromptu. The white house like started to look at the situation in the region through the eyes of the Saudis, it’s like he’s trying to create a unified Sunni front against the Shia. In the short term it can bring Trump political dividends, but if you look into the distance, then this strategy may be for Washington not too effective.

A victim, for example, may be relations with Russia, which clearly sided with Damascus and Tehran in the Syrian conflict. In other words, Moscow is in the Shiite camp, which intends to stand up to Donald trump.

But there is another view, associated with the assumptions about the mystical connection trump with Russia. “Battle cry thrown by trump in response to the Shiite-Islamist policy of expansion of Tehran, is the final break with the course of Barack Obama, writes the German Die Welt. But, if trump rightly denounces the destructive and corrosive role of Iran, particularly in Syria, why doesn’t he point out in this regard and Russia? This suggests, not explained these inconsistencies trump close ties with the Kremlin,” says the Hertsinger.

It seems that now, wherever trump, everywhere it will get the subject of “special” relations with Vladimir Putin, and so probably will continue for all four years of his presidency. Unless, of course, the presidential term does not end for him before.

To the promised Land without news

American columnists, hunting podmoscowie every absurdity of such a “favorite” of the President, immediately asked a sarcastic question: does President trump that Israel is also in the middle East?

Further — more. At the press conference, trump was forced to answer the question of whether he passed classified information to the Russians about the sinister plans of ISIS. What the American guest said that in the conversation with the Russian Minister, he said that “the source of this information was an Israeli”.

Well, then, maybe didn’t, but now ingenuously confessed. Once again showed his inexperience in international Affairs.

Experienced American experts suggest Trump is still more trust the employees of the state Department. As, for example, Israeli master violin in relations with Israel plays his son-in-law Jared Kushner, an Orthodox Jew, and Jason Grinblat, another religious Jew who previously worked at the Trump Organization. As pointed out by the Russian publication “Kommersant”, Kouchner after his appointment as Advisor to the President has twice visited Israel, he also entrusted to maintain contact with Palestinians than it was in Secretary of state John Kerry.

In the positive agenda trump, you can probably bring his public acknowledgment that he considers the agreement with the Palestinians an integral part of the new order in the region. But we are again forced to ask the question that repeatedly appeared at haqqin.az. Can trump that achieved success on the basis of entrepreneurship, to convert your experience in world diplomacy?

“Trump has to flaunt his friendship with Netanyahu, says The NewYork Times. — Two politicians dined together with their wives and call each other Donald and Bebe, the article says. — But none of them has not publicly named any steps to a peace agreement. Trump did not officially recognize Jerusalem as the capital of Israel. He did not begin publicly to compel Israel to stop building settlements in the West Bank, had hoped the Palestinians”.

Trump’s visit to Israel was not a presentation of some of the settlement plan, which, in particular, came to this country bill Clinton. It was rather a Declaration of intentions of the President, who, it seems, are still not quite knowledgeable about Israeli-Palestinian relations.

Trump, according to many American experts who have little understanding of the causes of the failure of previous negotiations between the Israelis and Palestinians during the Clinton, Bush senior and Junior and Obama. In itself, the resumption of the talks may not lead to a serious breakthrough, although an indispensable condition. Need thorough preparatory work, but when it is done and whether at all — nobody knows.

Days of crying and anger

The unpreparedness of trump’s visit to Israel is evidenced by President’s visit to the wailing Wall in East Jerusalem. He became the first American President who visited the Wall. But the event was marred by the scandal. Before that, Advisor to the President for national security Herbert McMaster reported that trump will visit this Shrine without the Israeli Prime Minister Netanyahu and some other officials. the Israelis also suspected that this gesture can only mean one thing — the United States to derail the Israeli-Arab negotiations, do not want to recognize East Jerusalem as part of Israel. And the result is this spectacular action — the tramp at the Western Wall with a stack on the head, aroused the old suspicions of the Jewish leadership that the US is waging some kind of double game.

Did not produce a breakthrough and trump talks with Palestinian leader Mahmoud Abbas, which took place against the backdrop of the autonomy day of anger — scale protests against the detention in Israeli prisons of Palestinian prisoners.

Abbas re-laid the entire blame for the conflict on Israel, its occupation and the unwillingness to recognize the independence of the Palestinians. Trump has said that the Palestinian-Israeli settlement is “the hardest deal of all”, expressing, however, confident that a peaceful agreement can be reached.

The bottom line is that Israelis and Palestinians are pleased that trump has focused on improving their region. Neither Bush nor Obama has not visited Israel in his first term. Filled with contradictions first voyage of the tramp in this region, however, was not a failure. But after Riyadh, Jerusalem and the meeting with the Pope at the Vatican waiting for his return home, and there above him continue to thicken the clouds. And among those clouds he will smile to Russian President Vladimir Putin. 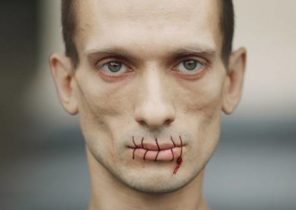 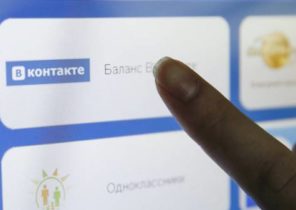 What will happen with the Russian anti-virus, e-mail and social networks in Ukraine: the reaction of companies