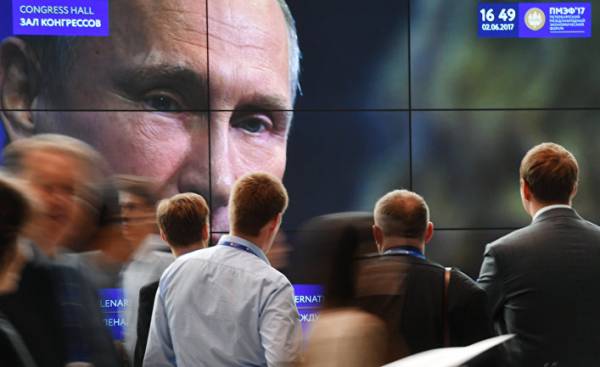 Whether it is about Donald trump, Vladimir Putin or the Recep Tayyip Erdogan — all over the world are successful politicians who are the dominant or even aggressive. This is despite the fact that they are often accused of narcissism, questionable morals, or the lust for power. Scientists at London business school (London Business School) conducted a study of why, in spite of everything, such people’s representatives can win elections.

The result of the study was the conclusion that under the pressure of economic instability and feelings of loss of control over their own lives, competent politicians people prefer politicians who are acting authoritarian.

From an evolutionary point of view in leadership positions among the people can be the leaders tend to dominate, and with competence. To find out when and why, in particular, the dominant policies are beginning to enjoy success, two psychologists, working in behavioral therapy, Kakkar Hemant (Hemant Kakkar) and Sivanathan Niro (Niro Sivanathan) analyzed data from a survey of more than 140 thousand participants from 69 countries on the influence of psychological and situational factors.

The result of three of their research are published in the journal Proceedings of the National Academy of Sciences USA (PNAS). In the first two studies, they focused their attention on the USA, where they surveyed more than two thousand participants about their political preferences at the national and household level, taking into account socio-economic factors.

A sense of loss of personal control

The results of the first two surveys indicate that primarily economic instability contributes to the tendency to select political leaders with dominant qualities. In the third study, the researchers appealed to the international data of the World Values Survey (WVS) database and World Development Indicators (WDI) published by world Bank. In the WVS database stores the results of the survey of about 100 countries from 1981 to 2014. Kakkar and Sivanathan compared the data 138 thousand participants from 69 countries with unemployment data from the Bank WDI. So they found that the higher the number of unemployed, the higher the desire to see dominant politicians in power.

At the same time increasing a sense of loss of personal control. In this case, the dominant leader is a compensation strategy — and especially for people who are particularly prone to identify with the group, or their country.

Disagree with this conclusion and the rector of the Institute of psychology in Berlin, Preiser Siegfried (Siegfried Preiser). “Identifying himself with authoritarian leaders, the individual feels that he can influence the situation,” he explains. From the point of view of psychology the work of Kackar and Siantan convincing, said Preiser, who is also a member of the Presidium of the Department of political psychology in the professional Union of psychologists of Germany. In fact, instability undermines the human need for security together with a sense of loss of control leads to stressful situations for the individual. “And in such situations, the breadth of human thinking is narrowed, explains Preiser. — The more convincing it will seem like politicians who promise easy solutions.”

One “we can handle it” is simply not enough

This phenomenon can be observed worldwide, it is possible to remember about ADH (AfD) and PEGIDA (Pegida) in Germany or the promise of Nigel Farage (Nigel Farage) in the UK before Brexton return “control national borders”. In fact, such promises will not help the individual, but they will offer cognitive solutions and call guilty. “In one country it may be the EU, the other with migrants,” explains the expert.

For Kakara and Sivanathan their study turned out to be a vicious circle: on the one hand, economic factors not only directly affect the inhabitants of the country, but also determines their preferences to the style of political leadership. The other — is the political leadership takes economic and political decisions that affect the lives of future generations of voters. But any clear guidance to researchers in their work do not give.

Siegfried, Preiser encourages politicians to propose a compelling, clear and achievable solutions: “One “we can handle” enough”. The only way people will be able to start to get rid of the feeling of instability. Examples of the UK — especially trump — already demonstrate that the dominant solutions will crumble if they are not backed by competence. Praiser sure: “If the policy is able to cope with the instability, the people will regain the capacity for differentiated thinking.”