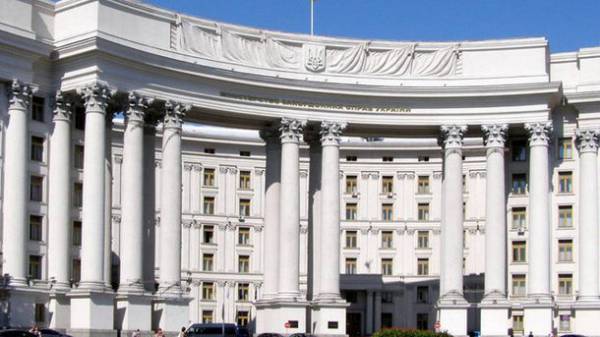 In particular, it asked whether to invite the foreign Ministry to the jazz concert “Music of free people” (in the third MFA OPEN AIR) a representative of the Embassy of the Russian Federation.

“As far as I know, we sent an invitation to all our colleagues-diplomats,” said Nightingale.

Nightingale reminded that the first OPEN AIR was held two years ago, in 2015, and he was devoted to the topic of illegal holding in Russia of Ukrainian citizens. Last year the concert was dedicated to the adaptation of the veterans of the ATO.

“The current OPEN AIR dedicated to the subject of de-occupation of Crimea. We would also like to draw the attention of our fellow citizens, the international community’s attention,” added Nightingale.

As you know, an event of OPEN AIR Ministry of foreign Affairs organises together with the Koktebel Jazz Festival. The concert is a symbol of solidarity and support for those who oppose the Russian occupation of Crimea.