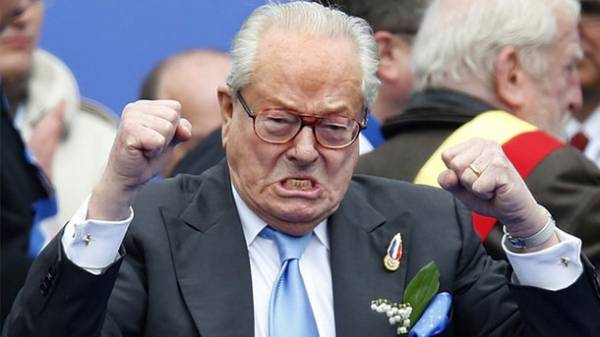 The European Parliament (EP) was stripped of parliamentary immunity of the founder of the French party “national front” Jean-Marie Le pen. The relevant resolution approved the MEPs at the plenary session in Strasbourg.

The decision adopted in the EP on request of the French authorities, which are against 88-year-old policy of criminal investigation. Jean-Marie Le Pen is once again accused of inciting ethnic hatred.

“Request the attorney General refers to the statement of Jean-Marie Le pen, which he made during a radio broadcast and which contained incitement to discrimination, hatred or racial violence is a criminal offence under the French Penal code”, – stated in the document of the European Parliament.

Known for his controversial statements Le Pen is subjected to a similar measure by the European Parliament for the fourth time. The last time he was stripped of immunity in November 2016 for anti-Semitic statements.

Jean-Marie Le Pen is one of the founders of the party “national front” and from 1972 to 2011, he was its undisputed leader. In the European Parliament, Le Pen was elected in 1984. In 2011, he resigned from the post of Chairman of the “NetFront”, retaining the post of honorary President.