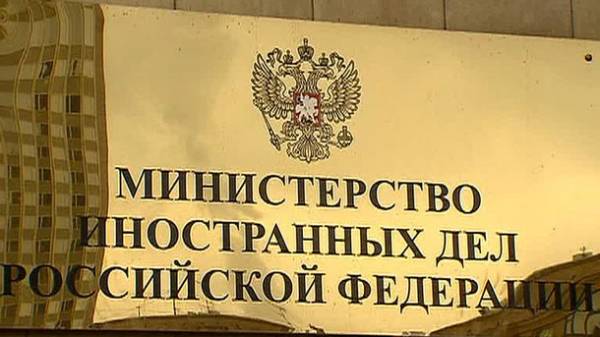 Russia is dissatisfied with the conclusion of the UN representative on the human rights violations in the occupied Crimea. This is stated in the message of the foreign Ministry.

Russia considers illegal the inclusion of the assessment of the human rights situation on the Peninsula in the UN report, as Moscow after the illegal annexation considers Crimea its territory.

“At the same time, we note that part of the report is politically biased in nature. A number of sections of the document represent an attempt to shield the Kiev authorities, to conceal their crimes against their own people”, – stated in the message of the foreign Ministry.

As reported in the report of the Chairman of the UN Monitoring mission on human rights in Ukraine Fiona Fraser said about fixing a large number of human rights violations in the Crimea.

“We have registered a large number of undesirable trends (in Crimea – ed.). First of all, disregard the guarantees of fair court decisions against members of the Crimean Tatar community, as well as the application of criminal law retroactively, a bad attitude towards people who have been detained and the lack of access to mechanisms for effective establishment of situation,” she said.

It is also noted that the UN mission has registered the transfer of persons from the Crimea in jail on the territory of Russia, which violates international humanitarian law.

Also the UN has said that the appeal of the inhabitants of the Crimea for military service in the Russian army violates the provisions of the Geneva Convention relative to the protection of civilian persons in time of war.

People love to do selfies, but not to look at them – study