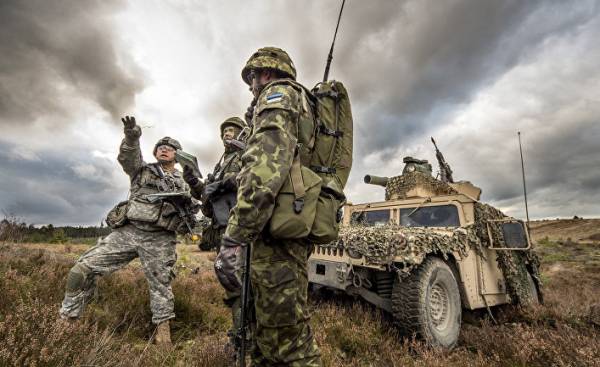 July 1, Estonia will assume the presidency in the EU Council. Deputy Minister of foreign Affairs of Maasikas Matti (Matti Maasikas) coordinate training in the Baltic country. It calls for determination in respect of Russia. Here is the language that is understood in Moscow.

Deputy Minister of foreign Affairs of Estonia Matti Maasikas urged the EU to take a tough stance against Russia. “Coming from Russia, the threat is real,” — said Maasikas responsible for preparation to the chairmanship of Estonia in the EU Council, which begins in July. “We must be firm in its policy toward Russia and not to deviate from it.” The creation of a safe Europe is the task of “paramount importance”. It includes a policy of containment in the East, and control borders on the South of the continent, to cope with the migration crisis.

July 1, Estonia will assume the presidency in the EU Council for six months. That’ll be a first for a small country on the North of the EU, which has nearly 300-kilometer common border with Russia. Estonia (in 1991 declared their independence from the Soviet Union) with great concern observed the invasion of Russian troops in Georgia, with the annexation of Crimea in 2014 and the war in the East of Ukraine.

Estonia shares the same values as Germany and the EU, says Maasikas. Russia “for its actions in the last three or four years has not demonstrated any respect for these values”. According to him, Moscow interferes with the election and internal Affairs of other sovereign States: for example, the so-called Lisa in 2016 in Germany. Then the Russian media had spread the news that a German woman of Russian origin was raped refugees. Later it turned out that it wasn’t true. Second, said Maasikas, the aggressive policy towards Ukraine is “the worst of the possible causes of unexpected consequences.”

To prevent such actions of Russia in the Baltic region since March in Estonia are NATO units. Troops also deployed in Lithuania, Latvia and Poland. According to Maasikas, it proves the determination of a military Alliance. “And this language is well understood and beyond our borders.” Maasikas welcomed the economic sanctions that were imposed by the EU against Russia after the annexation of Crimea. Estonia comes from the fact that the sanctions of 2014 have had “a significant impact” on the Russian economy. However, much more important should be a deterrent, which will not allow Russia to move forward.

Estonia intends to encourage the EU to strengthen relations with the Eastern neighbours of the block. “It is in the interests of the Union and any normal country — to see stability and prosperity beyond its borders”, — said Maasikas, referring to countries such as Ukraine, Georgia, Moldova, Azerbaijan, Belarus and Armenia. “We must meet the expectations of our partners,” he continued. In particular, he meant the extension of visa-free regime and training opportunities in the EU. However, he had not mentioned the prospect of joining the European Union.

At least in Berlin, Maasikas was optimistic. “The EU is United in the issue of relations with Russia,” he said. Sympathy for Russia among the people in the EU disappear. It also shows mediocre results of populist parties in the last election. The Kremlin supports some of these parties like the national front in France.

“I think that Russia has lost support among the Germans,” added Maasikas.