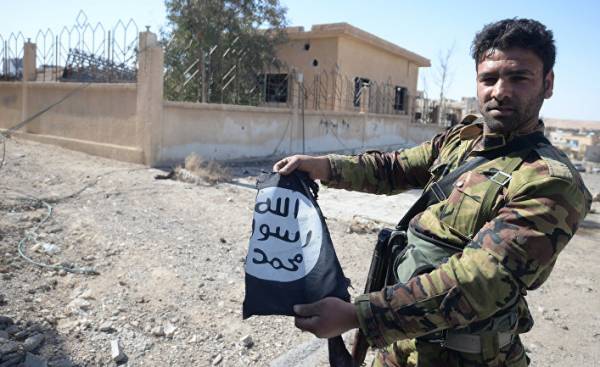 Today the Iraqi armed forces, particularly those concentrated in the province of Nineveh, fulfilled most of the mission to liberate towns and villages seized by ISIS terrorist organization (banned in Russia — approx. ed.) and continue to act in this direction, to ensure the full liberation of the territories in the near future. However, apparently, the US administration and its allies are still trying to implement their plans in the region. In various political and military circles continue to make statements that are apparently designed to protect ISIS and to ensure the survival of the organization in another form or under another name.

In any case, all these statements are part of the contradictory and confusing American politics, the aim of which is to conceal the true intentions and plans of Washington against Iraq and the entire Middle East, which directly threaten peace, security and stability.

In fact, on may 16 this year, a representative of the international coalition led by USA Colonel John Dorrian confirmed that ISIS is on the verge of defeat in Mosul, and that the coalition intends to continue to fight this terrorist organization in Syria, which meant that the victory over ISIS is a foregone conclusion. In turn, the U.S. Ambassador in Iraq Douglas Silliman then predicted that after the defeat in Mosul ISIS will take another form, indicating that the terrorist organization will commit more traditional crimes. Thus, the Ambassador wanted to say that the organization will continue to exist and warned about it.

Ambassador’s words reflect the policy of the state which he represents, so they can trace, what are the goals and objectives of this policy. As a consequence, we should ask the question — what would make the American Ambassador making such a statement? Who is the addressee of his message and what it means?

For its part, on 16 may, the leadership of the coalition announced the number of casualties from ISIS since the beginning of military operations to liberate the occupied territories, confirmed the death of 16 467 terrorists and the release of 89.5% of areas in Mosul.

In spite of this in addition to the contradictory statements of officials of the United States should pay attention to the movement of American forces on Iraqi territory, through their military operations, broken camp and plans of the military leadership on the ground. All statements and suggestions are part of the strategy of the US administration, their army and generals. In this regard, including statements by the Chairman of the joint chiefs of staff General Joseph Dunford, made may 18 of this year, that Washington wants to defeat ISIS after NATO took on the task of training the Iraqi armed forces. In other words, the NATO mission may restrict the modernization of the Iraqi army, providing technical and logistical support, capacity development of the army, training and the creation of military academies. According to Dunford, NATO can perfectly cope with the task of training the Iraqi armed forces and to do this over a long period of time. In addition, the General has reminded that Prime Minister of Iraq Haider al-Abadi announced that after defeating ISIS, the Iraqi army is probably still going to need the support, but no official requests on his part were not. 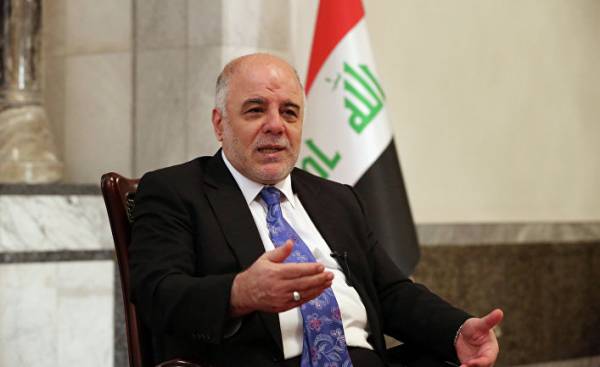 Even when the Americans urge other countries to take part in the operations in Iraq, they want, as is usually the case that those operated under the leadership of the United States, and any decision would be taken by Washington, however, the country and the people reject such a policy. In this lies the danger of the schemes of Washington and Brussels regarding the situation in case of defeat ISIL in Iraq.

Thus, it is clear that the statements of the us military contrary to what politicians say. They refer to different sources and different words of Iraqi officials. However, the essence of all they said is that the defeat of ISIL is a reality, the beginning of the end of the organization’s existence in Iraq. In this case some cells of the organization will operate inside and outside the country, and the responsibility for their destruction will be borne by the international coalition led by the United States.