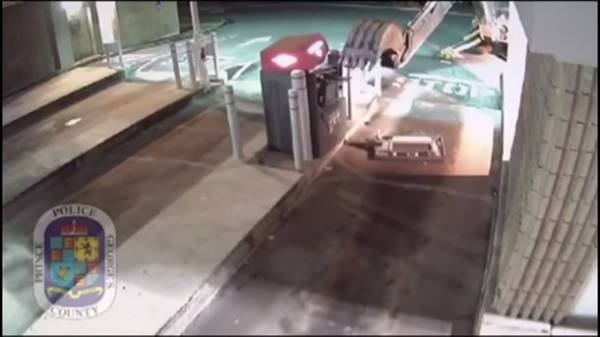 Surveillance cameras in the us state of Maryland has captured an unusual attempted robbery of the ATM with the help of heavy construction excavator.

According to local police, the attacker stole the backhoe and moved it in the direction of the branch of the Bank of America in Forestville the morning of 1 June. There he attempted to destroy an ATM with a backhoe, but to reach your goal and collect the cash and could not.

According to local police, this is a unique case of a robbery. At this moment law enforcers are searching for the unfortunate robber, whose face was clearly visible on the CCTV footage.