Because of his endless admiration for a “strong hand” and indifference to the invasion of Russia in territory of its neighbors, and Syria, the US President Donald trump appears ready to allow Moscow to achieve its expansionist aims, at least to some extent. According to press reports, his team prepares a certain kind of a major deal with Vladimir Putin: no unnecessary “help” in the war against ISIS can exchange for concessions in Ukraine, but also in exchange for military bases in the middle East. It was in the pages of the Washington post writes Jennifer Rubin.

He recalled that all US presidents after the Second world war rejected Russia’s right to have his so-called “sphere of influence”. The fact that American leaders of both parties have denied during the Cold war (although the Kremlin is actually held hostage the whole of Eastern Europe), they continued to deny and after the fall of the Berlin wall.

Support “whole and free” Europe from President George H. W. Bush has been the Foundation of American foreign policy and an expression of core values: the right to self-determination, respect for human rights and the obligation to prevent devastating world wars in the 20th century. The author notes that the political scientist Robert Kagan has explained well the futility of the policy of division of spheres of influence, when talking about relations with the revisionist powers, such as China and Russia who wish to redraw the map of their regions and reject the very idea of the rights of independent States.

He emphasized that the guarantee of the revisionist forces of the “sphere of influence” will not bring peace; instead, it will encourage the inevitable conflicts. “The Russian historical sphere of influence does not end with Ukraine. She’s from the Ukraine begins. It extends to the Baltic countries, the Balkans, the heart of Central Europe. And within the Russian sphere of influence other countries have no autonomy or sovereignty. Independent Poland did not exist during the Russian Empire nor in the Soviet times. China sphere of influence means that he can close the region for the United States politically and economically, when he pleases,” – said Kagan.

Curb Russian aggression for 70 years was based on the lesson of the Second world war, which says that the aggressors are better off when they are still weak at the beginning of their international adventure, than when they are strong enough to keep the occupied territories.

Trump and his apologists pretend that without the US the status quo, and so will be able to survive. They believe that Washington causeless protect your allies, not getting any benefit from it. Kagan warns that this is utter nonsense.

“For the United States consent to the return of spheres of influence will not mean peace in the international arena. This will return the world to conditions of the late 19th century, when the great powers clashed where their spheres necessarily overlap. These restless and chaotic conditions were a fertile ground for the two devastating world wars in the first half of the 20th century. The fall of the world order led by the UK, the chaos of the complex balance of forces on the European continent in a time when strong United Germany emerged, in the meantime, Japan has gained strength in the far East – all this has contributed to the emergence of a competitive international environment in which dissatisfied great powers have used their capabilities to realize their ambitions. There was no power or unified group of forces, which would have stopped them. The result has been an unprecedented global disaster and death epidemically proportions,” said Kagan.

He points to the fact that the world order led by the United States for 70 years after the Second world war was enabled to restrain and stop such conflicts of great powers. And if America will destroy this order only because she was tired, “it will be a shame.”

Columnist says that if the Republican party will take and will even encourage the idea that the United States can live in peace and prosper, not caring about the world order and the security of distant countries, then the party of Ronald Reagan became the opponent of all free men, the enemy’s foreign policy based on values and ally of the apologists of the USSR, who are willing to “give polkontinenta thugs from Moscow.”

Earlier edition of The American Interest, wrote that trump will force Ukraine to make concessions to Russia. 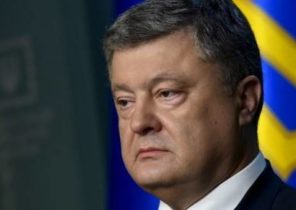