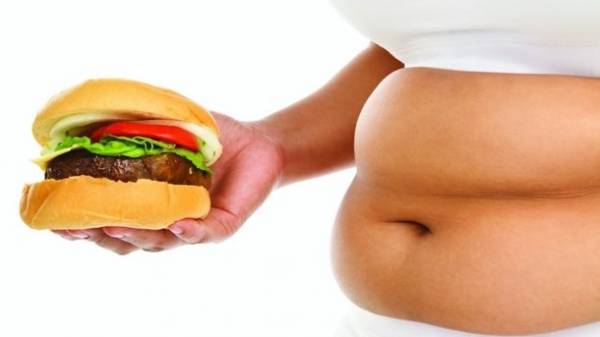 More than two billion people worldwide suffer from extra pounds and extreme forms of obesity, and the main leader among these people is the United States, say scientists in an article published in the New England Journal of Medicine.

“People who don’t consider weight a problem worthy of attention, do so at your own risk, as the risk of heart disease, cancer, diabetes and other diseases have them is growing, not declining. The comic promises to deal with the kilograms that we make for the New year, should be serious to stop this epidemic,” said Christopher Murray (Christopher Murray) from the University of Washington in Seattle (USA).

According to the data of who, about one third of the population today suffers from obesity, and in some countries such as the UK and Middle East countries, more than half of the population is overweight. On current forecasts, the number of inhabitants of the Earth with excess weight will grow to 2.7 billion by 2025, and the proportion of people with extreme forms of obesity in the time to reach 17%, while the number of overweight people – about 46%.

Murray and his colleagues conducted the first global “census” of people who are overweight and have studied how obesity and related diseases affect life expectancy and the likelihood of premature death.

Within its framework, scientists were able to track the spread of the obesity epidemic in 195 countries of the world over the past 45 years and to analyze how fluctuations in the number of obese people effect on prevalence more than three hundred diseases and other health problems.

Scientists estimate that approximately 2.2 billion people worldwide suffer from excess weight in 2015, and their number is constantly growing today. In addition, approximately 100 million children and 600 million adults suffering from extreme forms of obesity when the body mass index exceeds 30.

The number of such people, according to Murray and his colleagues, has doubled since 1980, from 70 countries, and has increased markedly in other countries. Approximately four million adults and children die each year because of weight problems and related diseases, and about 40% of them in people who have excess weight, but not obese.

Among the 20 most populated countries in the world the main “leader” in this ranking are the U.S. – over 13% of young Americans and children and 24% of adults suffering from extreme forms of obesity. In Egypt, there is a record number of adults with overweight here obesity affects over one third of the population.

In India and China, the share of such people, on the contrary, was quite modest – about 3 and 5%. Most evil country, as scientists have discovered, are in the South and South-East Asia is only 1% of the population of Bangladesh and Vietnam suffer from problems with obesity. All this, says Murray, speaks about the need for a coordinated fight against obesity at UN level, without which to beat the epidemic of excess weight, according to the doctor, would be impossible.