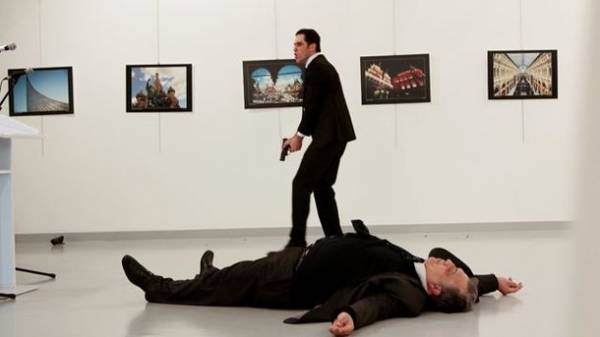 As reported, the Prosecutor’s office suggests that one in five suspects could become the customer of murder of the Russian diplomat. They all lived in the hotel where the tragedy occurred, and could communicate with the killer by Mevlut Altıntaş.

Law enforcement officers also found that Altinac a few days before the murder, visited the Mall nearby, where he spent online conversations using FaceTime with one of the suspects, and then met him at the hotel.

Ambassador Andrei Karlov, was shot dead on 19 December during a speech at the opening in Ankara of the photo exhibition “Russia from Kaliningrad to Kamchatka through the eyes of a traveler.” According to Turkish authorities, the attack was made by the police officer mevlüt Altıntaş, he was eliminated by local security forces. The RF IC opened a criminal case under article “an act of international terrorism”, a murder currently being investigated by a joint team of Russian and Turkish experts.