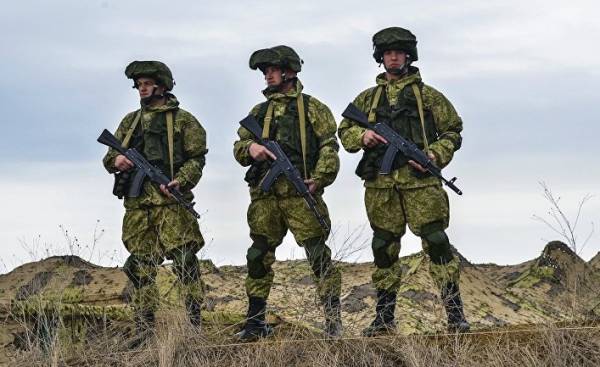 Russian propaganda once again spoke about how it was bad in the Ukrainian army and as well now serve the traitors who moved to the occupying Russian troops in the Crimea. How in fact was the fate of most of the former Ukrainian soldiers who defected to serve in the black sea fleet of the Navy of the Russian Federation on the occupied Peninsula, the erosion of local personnel from Moscow and important point, which has not considered the traitors of Ukraine, “Apostrophe” says the coordinator of group “Information resistance” Dmitry Tymchuk.

The current Russian propaganda trying to glorify the traitors of Ukraine. It is clear that there is a setting to lift the morale of those who changed the oath and joined the service of the invaders. They already have enough arguments to feel the benefit from betrayal. The main argument with which they were — cash collateral.

Since 1990-ies of allowance of servicemen of the Ukrainian Navy was much lower than the servicemen of the Navy of the Russian Federation. In Soviet times these people have graduated from the same military school, then served in posts in the same city — Sevastopol. But being in the same rank and in a similar position, the Russian Navy’s military got paid 3-4 times more than the Ukrainian officer. It is clear that this is not the best way affect our troops. In addition, when in the spring of 2014 the Russians are all heavily processed, from the commanders of the Ukrainian Navy and ending with the contract, the main argument was: let’s change the oath, go to our side, we will have to serve and get the same money as Russian troops before this time. But none of the traitors left out one interesting point. Since the beginning of its existence after the collapse of the Soviet Union until the spring of 2014, the Russian black sea fleet was stationed at a military base abroad. Accordingly, the salaries of military personnel was calculated from the fact that they served overseas received travel expenses, allowances and so on. But after the annexation of Crimea by Russia, all these allowances have been cut; now the military get as much as on the territory of the Russian Federation. Taking into account the Crimean prices, a monetary reward was much lower than expected, our valiant traitors.

These factors are not the best way affect the morale of the personnel. In addition, all compounded by the fact that someone has remnants of conscience. These people understand that they are traitors. The neutralization of the negative sentiment is now one of the main tasks for the Russian command.

As for the reaction of Ukraine, we think the right thing to do. Those traitors that are in range automatically must be punished. Against all ex-servicemen of the Ukrainian Navy who defected to the enemy, now serve in the Russian black sea fleet for which we have comprehensive data, it is necessary to initiate criminal proceedings in absentia and sentence. So, every traitor knew that the sword of Damocles of the Ukrainian justice hanging over him.

Soldiers the level of company commander, the brigade commanders, heads of departments on the Peninsula there’s not much left. This is a common process that occurs in the Crimea: Russia washes out the footage, starting at the top and going down, replacing them with the method of rotation. We come to the conclusion that this strange policy aims to prevent de-occupation. When and if it becomes a question of holding another referendum, say, on the protection of language rights in schools of the Crimea, or on any other issue, the Russians can say: we’ve got the majority of Russian citizens live, and those who once lived in the Ukraine, left the unit.

In fact, in so doing, not only in the military sphere, but also in local authorities. To avoid resonance, to replace those who in the public sphere is not lit, send them to Russia, and in their place send a replacement from Russia. This trend is already down and at a medium level — there is a massive rotation. For Russians, now the main task — completely to replace the command structure below is not there people who can come up with some suspicion.

Those who would like to avoid conscription in the Crimea (the service in the Russian army — “Apostrophe”), theoretically can do in several ways. For example, to return to the mainland of Ukraine, respectively, in the Russian army, they do not fall. The second option is to use the levers of international law. There is a clear international documents concerning duties and rights restrictions for those countries that occupy the territory of other States. The entire civilized world recognizes that the Crimea is Ukrainian territory, and Russia, respectively, carries out the occupation. In these conditions, the occupant country is obliged not to carry out the conscription among the local population in the occupied territory. In this case, Russia violates international law. So for these people the most logical way would be to appeal to international courts. But we understand that if they do, then the unit simply out of fear.