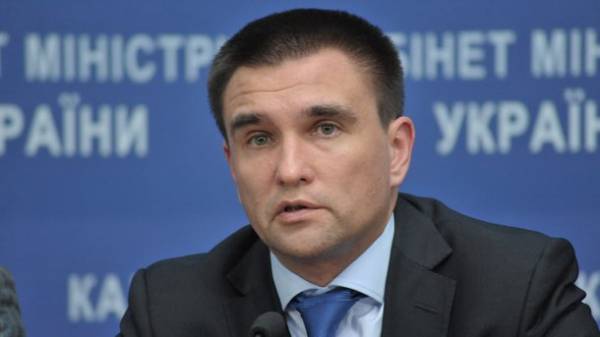 Ukraine by 2020 to bring the security sector and defense to NATO standards, and then in the near future may become a member of the Alliance. This was stated by Minister of foreign Affairs of Ukraine Pavlo Klimkin.

The Minister recalled that at the Warsaw summit, agreement was reached that Ukraine should first lead of the security sector and defense to the standards of the Alliance.

“We have a commitment … to make it to 2020. In fact, a very ambitious task. If you look, as did the new countries-members of NATO, it lasted much longer. But do it, and then we will see how to move further”, – he said.

Answering the question of when Ukraine will join NATO, Klimkin said: “I Believe that it will happen sooner than many people do dream and hope. I believe, these three years, if used with meaning, the chance we will have in the near future.”