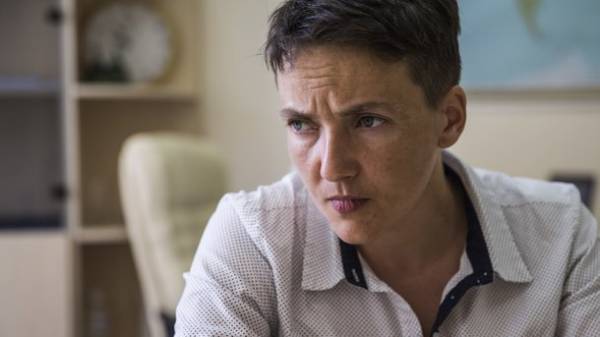 The people’s Deputy of Ukraine Nadezhda Savchenko believes that after the entry of Ukraine into NATO Russia will hurt Kiev missiles.

About it reports “observer” with reference to the channel ZiK.

“We understand that the path to NATO membership is 25 years. Take, optimistic. We are going to go for 25 years. Are you ready for a sluggish war we have on site 25 years? For two or three or ten people dead in a day. Ready? I am already tired of… are You ready to make Ukraine a battlefield as it was during the Second world war?.. Now dear price. Imagine cruise missiles in Kiev, imagine a four hour flight of bombers on Ukraine,” she said.

The Verkhovna Rada at the plenary meeting on Thursday, June 8, adopted in whole draft law №6470 “On amendments to some legislative acts of Ukraine (regarding the foreign policy of Ukraine)”.

The document provides for the return of the course of Ukraine to join the North Atlantic Alliance (NATO).