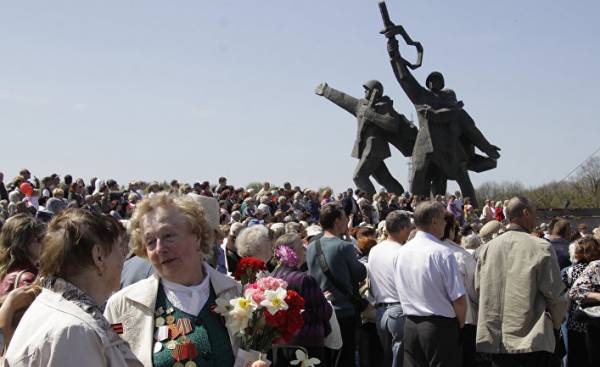 Greater part of the twentieth century, Latvia was occupied by a foreign power.

Needless to say this has left its mark on a country whose population is today highly appreciates its independence. The editor of the newspaper Svenska Dagbladet “the security Council,” Eric Thyselius (Erik Thyselius) visited Riga, which reminded him that freedom is never freely given.

From the moment that Russia illegally annexed Crimea in 2014, the security situation in the Baltic States has deteriorated significantly. One of many examples is how the Kremlin raises his voice to address Sweden. The last time this was evident when President Vladimir Putin openly expressed his displeasure in connection with the possible accession of Sweden to NATO last week.

Sweden, of course, is not the only country on the Baltic sea, which have noticed the growing power ambitions of Moscow. Last week participants in the annual round of the project “Free education” Academy of the foreign policy, traveled to the capital of Latvia Riga city and country, where the wounds of Soviet occupation still unresolved. They live in the shadow of Putin’s Russia.

In the Swedish Embassy, the Ambassador Henrik Landerholm (Henrik Landerholm) informed the participants about the history of Latvia and its current political situation. The Swede is hard to understand, that Latvia during the twentieth century three times, lost a third of its people. Of course, this is reflected in the current population, where each person had at least one relative who was killed or deported during the German or Russian occupation. At the same time, painful history has created a strong will to never bow to a foreign power. By and large, on the basis of that experience they have NATO’s support, which, especially after the annexation of Crimea, is considered the guarantor of its independence in the future.

Exactly which side took the key personality during the struggle for independence in the late 1990s, by the way, has become a watershed in Latvian politics, and not former ties with the Soviet Union, as many may think. Therefore, those who voted for independence, even having a past associated with the Communist party today is still actively involved in politics.

As an important industrial nation in the Soviet Union Latvia more than other Baltic countries suffered after the collapse of the Eastern bloc, and 1990s, respectively, began a heavy decade for Latvians. But the economy has improved, and in Latvia was positive economic growth until the financial crisis of 2008, which incredibly has hit the country. Today she is moving forward, but corruption and limited access to quality health care continue to be among the most serious internal problems of the country. Property and political influence gathered in the hands of a relatively small number of “strong men” and this also can not be called prosperous situation.

The Russian-speaking minority makes Latvia very sensitive to Russian influence and in the worst-case scenario could lead to a “casus Belli” and the invasion, as happened with Crimea. The fact that the main information channel of the Russian-speaking minority is Russian state television, on this background it is a problem. Efforts to develop public services in Russian aimed at the Russian population, in any case, can’t tackle hate speech, which I conduct from the Kremlin.

Half of the total population of Latvia at least once in my life been in Sweden. It would be great if more Swedes turned their views to the East and made a longer trip to Riga than regular day cruises. At least it will remind us that freedom is never freely given.

Eric Thyselius — project Manager of the analytical center of the “Free world” and one of the editors of the section “the security Council”.