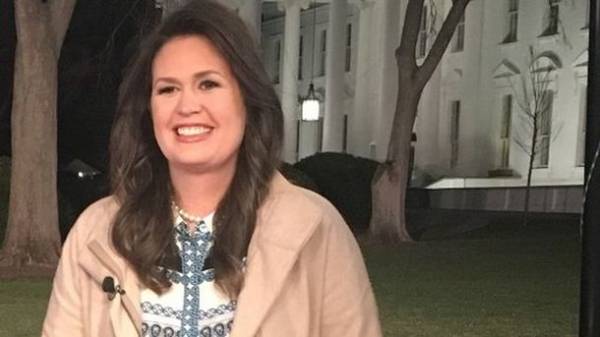 In the microblog the Deputy press Secretary of the White house Sarah Huckabee Sanders appeared the message, the meaning of which was a mystery to Twitter users.

A big part of the message consists of various features, among which the most often repeated traffic light. Also in the post is incomprehensible set of letters and characters, including “:/9//&” and “#lolaklkk,” reports RT. 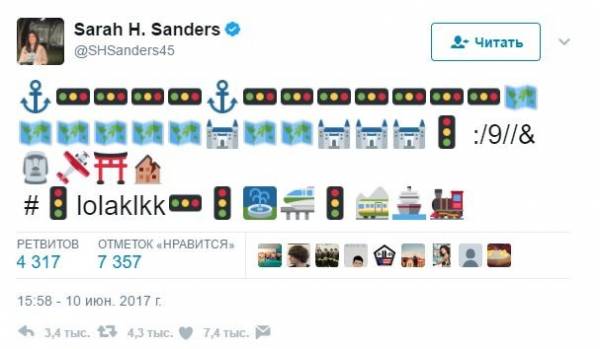 Like recording set, the press Secretary of the White house Sean Spicer.

After some time, Sanders explained that the coded message is the work of her three year old child.

“That’s what happens when 3-year-old (kid. — RT) steals your phone. Thanks, Hack! #никогданеоставляйсвойтелефоннезаблокированным”, — she wrote.

This is what happens when your 3 year old steals your phone. Thanks Huck! #neverleaveyourphoneunlocked https://t.co/qFD8zRpn8g

Users also had to make fun of the incident. Someone jokingly said he did not believe in justification Sanders, the other accused in the incident of Russian hackers, and others noted that the consistent statement, which was published by the administration of the trump.

Earlier, the President of the United States Donald trump posted on his Twitter page unknown word “covfefe”. Later he offered to users of social networks to unravel the meaning of mysterious words.