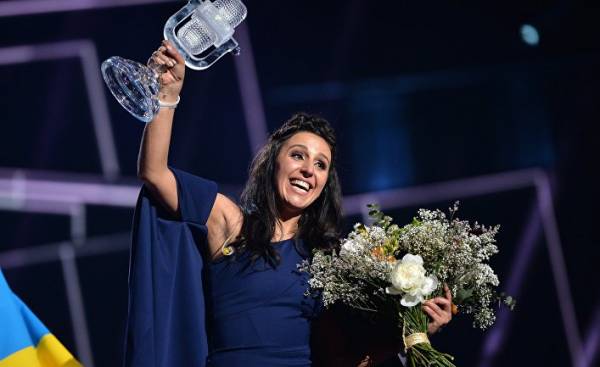 Last year, Ukraine stole the show with his haunting politicized ballad of Stalin’s deportation of the Crimean Tatars. Today she may receive zero points for the preparation of the Eurovision song contest-2017, since almost all the main organizers of this event has left the project.

The European broadcasting Union warned the National public broadcasting company of Ukraine about the need to “follow the schedule” after 21 members of the preparatory Committee of the Eurovision song contest from this company last week unexpectedly resigned. Among them, two of the Executive producer, the administrator of the event and responsible for security.

This season Eurovision is constantly haunted by difficulties and failures. Ukraine is experiencing serious difficulties with financing of the competition, and the Orthodox Church complains that the opening ceremony organizers decided to have the Cathedral built in the 11th century, and argues that this is tantamount to blasphemy.

European broadcasting Union established this popular song contest in 1956, thanked the outgoing team for the work done, but noted that despite the “personnel changes” we need to exert extra effort for the show to be held in may in Kiev, as originally planned.

The Union said: “We reiterate the importance of prompt and effective implementation of agreed plans… We have to adhere to a schedule developed and approved by the organizers to ensure a successful competition.”

The Executive producers of the Eurovision song contest-2017 Victoria Romanova and Alexander Harbin, as well as most of their team left the project last Friday, stating in his letter that the new coordinator of the contest interferes with their work, and they’re concerned about “lack of transparency” when making decisions.

“We, the team of Eurovision, for which this contest was not only part of our work, but also a part of life, reported that leave the project and stop working on the preparations for the competition,” — said in a statement.

According to them, the preparation of the competition stopped for nearly two months after the end of last year the official project coordinator was appointed Deputy head of the state Ukrainian television Paul hrycak. This appointment is “completely blocked” their work, organizers said.

“We don’t want to comment on management skills, principles of project management, communication skills, professional achievements, as well as the values and goals of leadership,” the statement reads.

Hrycak insists that the organizers are working in close cooperation with the European broadcasting Union, and that “everything is going according to plan.” Ukrainian Prime Minister Volodymyr Groysman also argues that training is carried out “properly”, and that the contest is not in danger.

Ukraine won the right to host the 62nd Eurovision song contest last year after the unexpected victory of the Crimean Tatar Jamala, which played caused a heated debate ballad “1944” about the deportation of the Tatars in the war under Joseph Stalin.

This result has caused discontent in Moscow, however, encouraged many Ukrainians who witnessed the Russian annexation of Crimea in 2014 and the fighting in the East of Ukraine in the Donbass. After this contest, which has become the most politicized over the years, Jamal said that her song is related to the recent events on the Peninsula.

The head of the National public broadcasting company of Ukraine Zurab Alasania last year resigned, explaining his decision to a funding crisis, which reached such a scale that threatened the Eurovision 2017. And the Orthodox Church strongly criticized the decision of the organizers to hold the opening ceremony in the historic St. Sophia Cathedral, which is listed in the world heritage list of UNESCO.