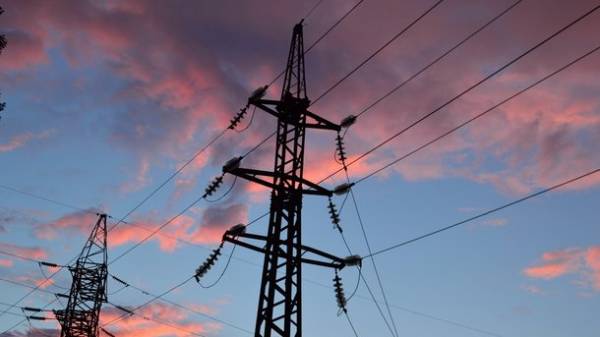 According to him, under the new conditions the supplier will be keen to offer such the cost of electricity, which will enable it to attract and retain customers. It will remove from the market non-transparent formula and will create preconditions for reduction of prices.

“The purpose of the act is the creation of a competitive electricity market. Today market does not exist. In today’s model there is one buyer who buys all the electricity from each manufacturer. And the price of each manufacturer assigns NKREKU, including using its definition formulas such as “Rotterdam plus”. When the electricity market will work, the electricity will be sold on a competitive basis, and each seller must find a buyer. And when you have to fight for the buyer, try to make your price cost effective. Thermal electricity will compete with nuclear, and they will think where to buy cheaper coal. After all, consumers don’t care where and at what price the coal will be supplied. When the market is going to work, concepts such as the formula “Rotterdam plus or minus Shanghai” will have no value,” said Leo Pidlisetsky.

He explained that the new market model involves competition at two levels – between producers, which form the cost of generation, and sellers, which supply electricity to the population and other consumers.

“In the first case will compete with nuclear generation, thermal generation, hydropower, and possible competition with imports. On the second level there are companies that sell electricity. It is a regional power, but without the delivery function. Here can appear 10-30 new companies that will sell electricity to retail consumers, buying it on the market. And every consumer of electricity– ranging from the usual resident of the apartment and ending with a large plant will decide who he buy. A large plant can have a direct contract directly with the manufacturer. The consumer will go to one wire, but it will get electricity from different sellers. And the owner of the line is required to provide access to their wire to every seller,” – said the MP.

He stressed that the energy market works in Europe and abroad.

“The market model already exists in every country of Europe. In England long ago abandoned the “British model” with one seller as we have now. And each country, some sooner, some later, went to the market model. Ukraine is a member of the European energy community and has the agreement of the Association, so we have to implement a competitive electricity market. It is a common practice and it is most appropriate today. If we want to be in the common European space is not only politically, but also energetically, we must have equal conditions for the functioning of the market,” concluded Leo Pidlisetsky.

Recall that on 8 June the President of Ukraine Petro Poroshenko has signed the Law “On electricity market”. Signature on the appropriate document, the head of state gave during a visit to Tripoli TPP, Ukrainka, Kyiv region.

As reported, the Law “On electricity market” provides for the introduction of new market model that includes a number of segments: bilateral contracts market, the market “day ahead”, vnutricletocny market, balancing market and ancillary services market. In the implementation of the act provides for a two-year transition period.