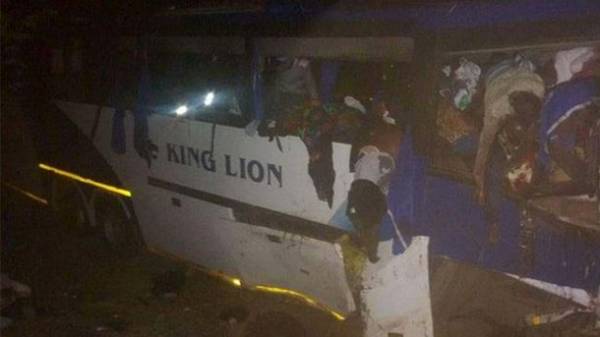 In the Republic of Zimbabwe crashed passenger bus, 45 persons were lost, transfers TV channel “112 Ukraine” with reference to Associated Press.

Speaker of the police charity for Caramba reported that the bus crashed Wednesday evening about 156 kilometers North from the capital of Zimbabwe, Harare. It is known that the bus driver lost control on the turn.

Currently, there is an official investigation of the accident. Caramba notes that 43 people were killed at the scene, two others died Thursday from his injuries.