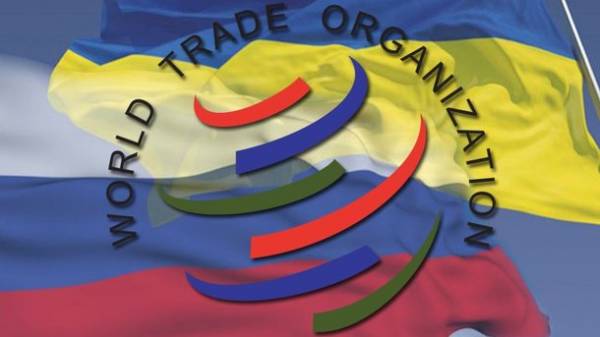 The world trade organization (WTO) has formed a panel of experts under the claim of Ukraine against Russia due to restrictions to the transit of goods to the countries of Central Asia.

So, the WTO Director-General at the request of Ukraine as a result of a lack of consensus with Russia on the basis of bilateral consultations was appointed Chairman of the panel formed by George abi-Saab and its members – Ichiro Araki and Mohammad Syed.

However, the right to participate in the meetings of the panel as a third party reserved Australia, the US, EU, China, Japan, Korea, Turkey, India, Moldova, Canada, Australia, Norway, Brazil, Bolivia, Chile, Paraguay, Saudi Arabia and Singapore.

As you know, mutual trade restrictions between Ukraine and Russia were introduced in January last year due to the fact that Ukraine and the EU entered into force the free trade regime. Winter was considerably restricted the export of Ukrainian goods to Russia, and then it imposed a full embargo on food exports from Ukraine to Russia.

In July, Russia continued the policy of trade restrictions, closing the transit of Ukrainian goods through its territory towards third countries, especially Kazakhstan and Kyrgyzstan.

In September 2016, Ukraine put in a request to the WTO for consultations with the Russian Federation. In November, consultations were held, but Russia has refused to lift the restrictions.

The European Union, the United States and several other countries have supported Ukraine in dispute with Russia in the framework of the world trade organization about restrictions on Ukrainian transit.