Russia last month became the largest supplier of crude oil to China, and now the amount of supply in this country is an average of 1.75 million barrels per day, while the volume of supply is Saudi Arabia, which was the first on this indicator, is 1.26 million barrels per day. About this informed the Agency “Reuters” referring to customs data. Last month Saudi Arabia dropped to third place among suppliers of crude oil to China, and second place went to Iraq.

In March, Russia has supplied to China by 1.66 million barrels of oil per day and Saudi Arabia with 1.7 million barrels per day. Comparing the averages of the month indicates a significant reduction in the supply of Saudi oil to the world’s largest importer of raw materials. At the same time, purchases by China in March, Russian oil is 31% more than in the same period last year, and in April the Russian import increased by 18% compared to last year.

According to the company TankerTracker. com, Saudi Arabia in April were shipped to China 2,083 million barrels of oil per day, while in March the volume of deliveries amounted to 1,065 million barrels a day. In this respect there are inconsistencies, because there is a difference between the indices of exports and imports of crude oil, and it happens because of the differences in time when the supply of export are recorded and when they are registered as as branded. According to Samir Madani (Madani Samir), one of the founders of the company TankerTracker. com, the difference in registration supplies in Saudi Arabia and in China can be from two to four weeks.

China is a key market for exporters of oil, so he naturally became an arena of struggle exporters, and thus need to take into account tensions between Beijing and Washington, which is not very conducive to the increase in imports of American oil.

Meanwhile, there is additional good news for oil prices — the total volume of Chinese oil imports in April were higher than in March, which may indicate a continued recovery in oil demand. In April, China imported on average of 9.68 million barrels of oil per day, whereas in March this indicator was at the level of 9.68 million barrels a day. However, the April figures this year were lower than the medium data for April 2019 (of 10.54 million barrels per day).

However, analysts believe that the lost Saudi Arabia and received by Russia market share is only a temporary phenomenon. In an interview with Bloomberg, the representative of the company Vortexa, tracking the movement of tankers, reported that Saudi exports to China of crude oil may increase more than two times in comparison with April, when they declined by 41% in comparison with March.

“It was obvious that the Saudis are going in April to increase its market share in the West — said in an interview with the news Agency Bloomberg regional head of commodities companies IHSMarket. The Saudis currently cut production and shipments, however, as expected, they soon will once again focus on China.”

According to the company TankerTracker. com, for 21 days in may the volume of deliveries of Saudi crude oil to China amounted to, on average, approximately 1.87 million barrels per day. 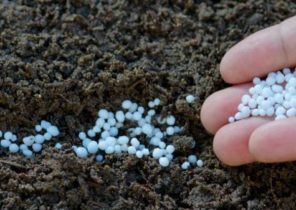