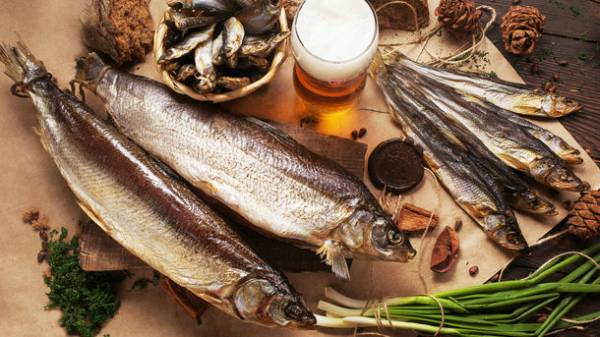 In the past week, residents of three regions of Ukraine – Poltava, Sumy, and Zaporizhia – contracted botulism due to the ingestion of fish products.

“Cases of botulism are inhabitants of the village of Nikolskoye in Poltava region likely associated with the production of FLP Sidorenko I. S., which operates in Cherkassy”, – stated in the message.

Experts conducted an unscheduled inspection in the fish shop. As it turned out, there is not any information about the production of dried fish. But, according to the written explanation of the entrepreneur, product documents, which were presented in the trading network in Poltava region (which is a quality certificate and Declaration of the manufacturer), they were not issued, and the signature and seal of fake.

“However, in the survey on enterprises revealed a number of gross violations (no operational approval, unsatisfactory sanitary-technical and sanitary-hygienic conditions of production, failure of threading of technological processes, the lack of departmental laboratory control etc.)”, – noted in the state foods and consumer service.

The results of the survey were submitted to the Prosecutor’s office in Cherkasy region.

Another case of botulism was recorded in the village of nedryhailiv, Sumy oblast. It is established that the disease is probably due to eating fish jerky homemade, which was acquired in the Kiev region.

Also botulism is sick a resident of the city Dneprorudnoe Zaporozhye region. It is noted that the disease is probably due to consumption of smoked fish of unknown origin, acquired, according to relatives of the victim, in KP “Dneprorudnoe city market”.

Experts Gospodarevskaya started the investigation of this case.

The Director of KP “Dneprorudnoe city market” forwarded the proposal with the requirement before the end of the investigation to suspend the implementation of cold smoked fish.

As reported, the Prosecutor’s office of Kirovograd region began pre-trial investigation on the fact of the outbreaks of botulism in Kyiv and Kherson regions.

We will remind, in Kiev temporarily imposed a ban on the sale of roach and dried fish because of botulism, which recently died. Another three people were in hospital beds. They ate fish, bought in capital supermarkets. Another case of the disease registered in Kherson.

Sanitary inspectors together with the police already checked several supermarkets which sold toxic fish. Supplier was the company of Kirovohrad region.