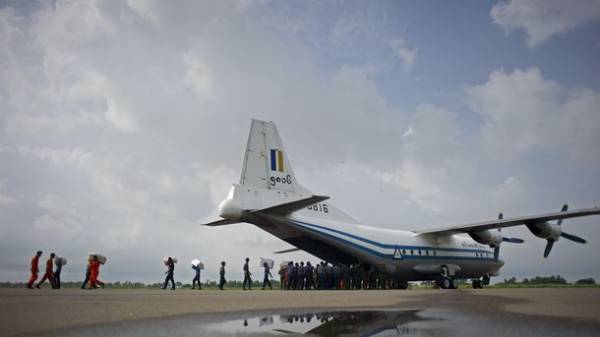 Aboard a military plane that crashed off the coast of Myanmar, was 122 people, including 15 children, reports Reuters with reference to the army.

According to recent reports, the aircraft were 35 soldiers and 14 crew members. The other passengers were members of military families. Earlier it was reported that on Board were 105 passengers and 11 crew members.

Transport aircraft Y-8-200F Chinese-made off from the city of Mergui after 29 minutes air traffic controllers lost contact with the aircraft.

“We don’t know what happened to the aircraft after loss of communication”, — said the representative of service of civil aviation.

The search for the plane is on the sea, on the shore employs 300 to 400 people, including emergency services, medics and firefighters.

A plane flying from the southern coast of Myanmar in Yangon, disappeared from radar when flying over the sea 20 miles West of the town of Dawei (Tavoy).