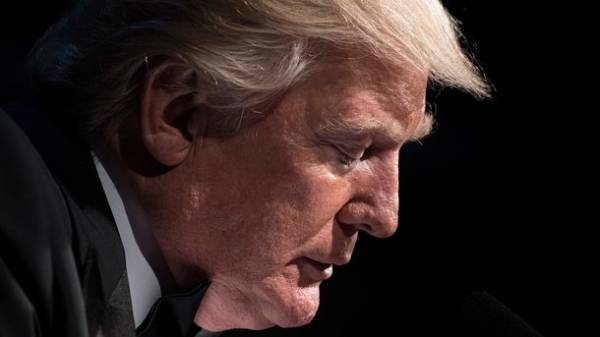 Impeachment of the President of the United States Donald trump started talking even before his inauguration. Recently, however, the situation escalated even more. In addition to the investigation of alleged ties with the Russian leadership during the election campaign, the leader of America is suspected of divulging classified information during a meeting with representatives of the Kremlin. But, despite this, to talk about the possibility of impeachment is premature, experts say. In order for the process of removal of the tramp from the government was launched, the need and legal basis and political conditions. However, they may appear to 2019-th year.

The grounds for impeachment in the United States

The U.S. Constitution provides that the President may be removed from office by impeachment in case of treason, bribery and other serious crimes.

In U.S. history, cases of impeachment of the President was not, although some leaders were almost on the brink. In 1868, the procedure has been initiated against Andrew Johnson for the illegal dismissal of the Minister of war, but its end has not accumulated a sufficient number of votes. In 1974, amid the Watergate scandal, Richard Nixon resigned before impeachment. In 1998, the collapse was close to bill Clinton because of a sex scandal and perjury under oath, but he was acquitted by the Senate. The Senate vote is the last stage of the procedure of impeachment in the United States.

It initiates the Deputy of the lower house of Congress – the house of representatives. Then the statement goes to the legal Committee of the Chamber, which formulates articles of impeachment, then they are considering, and voting members of the house. In order to accept the article needs a simple majority of votes. Further consideration by the upper house of Congress – the Senate. In order to declare the impeachment of the President needs the votes of 2/3 of the Senate.

Today, with the name of Donald trump, who officially became President of the United States January 20, 2017 has already been linked to several scandals. The most notorious of them – an investigation of Russia’s intervention in the American presidential election in 2016, the winner of which has become odious businessman. And in the White house and the Kremlin deny such intervention. May 9, trump was fired from the post of FBI Director James Comey, which led the investigation. And later the American media reported that in February 2017 trump asked Komi Republic to terminate the investigation against the former adviser to the President for homeland security Michael Flynn, who resigned after reports of his contacts with Russia. However, the White house refutes this information.

Another scandal that erupted around trump, is also linked with Russia. According to media reports, during the meeting with the Minister of foreign Affairs Sergei Lavrov and Russia’s Ambassador to the U.S. Sergei Kislyak, trump announced top-secret information about the terrorist group “Islamic state”. The white house has denied this information, but the Kremlin said that a record of the conversation Lavrov and trump.

Risks for trump much, but the legal background is not – expert

May 17, a member of the house of representatives of the Congress of the United States Democratic party al green said about the need to begin impeachment proceedings trump “for obstruction of justice.” Furthermore, the power of ten cities in the United States called on Congress to initiate the appropriate procedure. Meanwhile, according to us media reports, the lawyers of the presidential Administration of the USA has begun to study the materials about the possible impeachment that trump was ready to attempt to remove him from power could face them. However, this is nothing more than political statements and conversations, told the “Today” political analyst Volodymyr Fesenko. At the same time, a series of events really made the potential risk of impeachment for trump’s real, but the question is when and under what circumstances it can occur, he says.

“Today the main legal risks which may provoke impeachment proceedings are primarily related to the fact that there is an investigation regarding Russia’s interference in the presidential election campaign. If it is determined that there was a connection of individuals from the headquarters trump with the Russians, some kind of coordination, this would put into question the legitimacy of these elections,” said Fesenko.

Such a scenario will be a blow to the Republican party, so its members do not want to go in such a scenario, the expert said. Another reason for impeachment may be the trump pressure on the state institutions, in particular intelligence of the dismissal of Komi and the information about the attempt to terminate the investigation against Flynn, said Fesenko.

“Trump is very dismissive applies to many procedures. And this may be the reason for claims against him that he violates his duties as President of the USA, showing disrespect, or even a direct violation of certain rules and procedures,” – said the expert.

According to Fesenko, such behavior may manifest itself in other areas, such as business. So, if trump as a big businessman, is convicted of any issues related to conflict of interest, it may also be a reason for impeachment.

The information that trump reported secret information to the Kremlin, too, can become a negative aspect, Fesenko said.

“They can establish that there was contact, interaction during the election campaign. This is a bad precedent. But the next step – if after the election the administration of the tramp performs some action in favor of Russia. It is regarded actually as the interaction with the opposite side, – said Fesenko, USA historically, early compete with the Soviet Union, now Russia, and then the President interacts, plays along, gives a “debt” is not just alien to the state, which acts as a lobbyist, which in itself is also illegal, but, in fact, one of the main geopolitical rivals”

And another aspect which could be the reason for impeachment – lying under oath, as in his time happened with bill Clinton, said the expert. That is, if the trump, especially in light of the investigations referred to, I will tell the truth under oath and that the evidence will be, said Fesenko.

However, though these risks are quite serious, but the political possibility of impeachment depends primarily on the fact whether the support of the members of the Republican party, whose representative is trump, says the analyst.

“Risks impeachment for trump large, but there is the potential, not the reality,” – said Fesenko.

At the same time, trump is already taking steps to avoid the risk of impeachment – the legal team is considering each of the aspects that can lead to the beginning of the procedure to offset them, said Fesenko.

Impeachment trump can become a reality by 2019, but there are a number of conditions – expert

At the moment, talk of impeachment trump is an element of internal political struggle in the United States. However, this information constrains from the sudden change of course of America against Russia, told “Today” the candidate of political Sciences, senior researcher, Institute of world history of NAS of Ukraine Maxim Yali. According to experts, the impeachment of trump’s impossible to 2019, because there are a number of conditions to ensure that the procedure for dismissal of President of the United States can begin.

“By 2019 it (impeachment – Ed.) in principle, it is impossible, says Yali, For impeachment should the main condition is that a majority in the lower house of Congress, where the Republicans are now the majority, and they, naturally, will not support against their President, especially on the horizon will be the next election (by-election to Congress – Ed.). And the main procedural obstacle is 2/3 of the senators of the Senate needs to vote for it. In the Senate are the Democrats now the minority.”

Thus, in order for an impeachment vote trump became possible, the Democrats need to change the balance of power in both houses of Congress in the elections. At the same time, the expert doubts that the Democratic party will be able to get 2/3 of the seats in the Senate. At the same time, all of the next two years before the election the Democrats will use in their favor the investigation of Russian interference in the electoral process in 2016, says Yali.

Another condition for start of procedure of impeachment of the trump is the fact that the evidence of suspicion about him should be entirely irrefutable. According to experts, against trump will play and the investigation into the Kremlin’s intervention and the resignation of the Komi Republic, and the scandal with Michael Flynn.

“While this is only an element of internal political struggle. This thing will gain momentum, says expert – the autumn-winter 2018, depending on the results of the election and change the balance of power in the us Congress, it could be real”.

So, says Yali, if the Democrats have a small majority, they can make that decision. But if the Senate will not have enough support, then trump will meet, as once bill Clinton. However, there is another scenario: if in 2019, the Democrats will not be 2/3 of the votes in the Senate, but to investigate relationships trump with Russia are clear and irrefutable evidence that the Republican party will be forced to give the missing votes for impeachment.

Thus, today the most serious threat to trump’s investigation of ties with Russia, even after the resignation of Komi with this case one way or another echoes, the expert said. Yet another scandal, the odious leader of the message about the disclosure of them top-secret information – used as “tossing firewood,” he says.

“This case of the reasons and justifications that we have now, is the least weak, because it is not actually provable…It’s just aimed at maintaining the trump of the tension,” he said.

But until all the calls to launch impeachment proceedings, even from the mouth of a member of the house of representatives is only a Declaration and an element of pressure on trump. The real reason to remove him from the post of President to date, nosums up Yali. 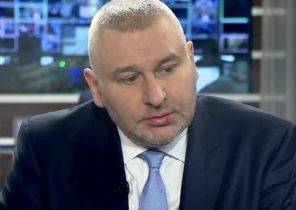