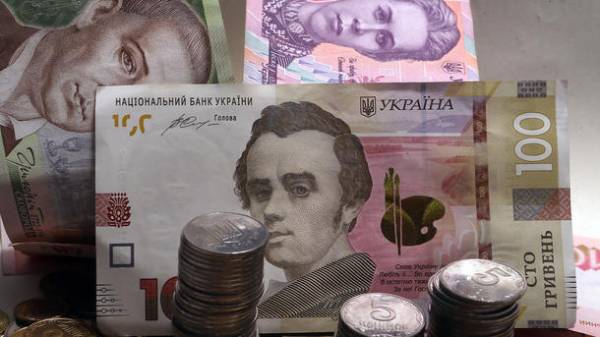 In Ukraine this week, the national reform Council will consider a draft pension reform. The Cabinet presented the innovation after consultation with the IMF, and the project was officially supported by the international creditors. The website “Today” reviewed signed with the IMF a Memorandum of cooperation, and found out which of the recommendations were implemented by the government.

To tighten the criteria for receiving the minimum pension

The Ukrainian government in October 2016 in the Memorandum with the IMF has pledged to tighten the requirements for receiving the minimum pension. In the published document does not specify how it will review rules. In may, Prime Minister Vladimir Groisman presented the government’s draft reform. If the document will support Happy the requirements for a pension will rise every yearstarting from 2018. Next year the minimum pension should officially run for at least 25 years and in 2028-m – 35. Each year of the required experience will increase by 12 months.

The effect of this innovation Ukrainians will feel in just a few years. In 2018 to retire at 60 years will be able to claim more than 90% of Ukrainians, and in 2028 – only 55%. The rest will either have to retire later, or buy the missing experience. One year will cost 16 896 USD.

“According to our calculations, from 500 to 700 thousand Ukrainians will retire later than 60 years. This is approximately 2/3 of all Ukrainians who retire,” – says senior researcher of the Institute of demography and social studies Lydia Tkachenko. According to the expert, in fact, the officials increased the age of retirement for a large number of Ukrainians.

Despite the recommendations of the IMF, the Cabinet refused to raise the retirement age for all. The Minister sotspolitiki Andrey Reva explained: age of retirement increases, to change the ratio of workers to pensioners. However, in Ukraine there is an opportunity instead to reduce the number of pensioners to increase the number of employees. However, after that the position of the IMF has changed. “Ukraine must find a way to reduce the inflow of new pensioners to the pension system and increase revenues to the Pension Fund. This can be achieved in different ways: from further limiting early retirement and increasing the effective retirement age,” wrote in his column, the head of the IMF mission in Ukraine, Ron van Roden.

As explained by Lydia Tkachenko, raising the retirement age will reduce the number of pensioners and increase the number of working Ukrainians. Now, according to the Ministry of social policy, 10 working Ukrainians have to contain 12 retirees. At this ratio, to talk about the high pensions are not necessary. According to estimates of the Institute of demography, if you increase the retirement age to 65 years – the number of pensioners will decrease by one million. If to 62 years – 500 thousand.

To reduce the list of those who before retiring

On the recommendation of the IMF, the government reform plans to cancel pension for years of service and to require employers pay more for employees engaged in heavy or hazardous work. Rate social contribution will increase from 22 to 37%. This is the first grace the list, which includes miners, some doctors, employees of chemical industry, subway, etc. From January 2019, the additional contributions for employees of these specialties under the age of 35 years, will not accumulate in the Pension Fund and an individual account.

“It will also enable all future payments of early retirement pensions to be funded no additional overhead on running, but at the expense of funds accumulated in the professional systems. To administer individual pension accounts at the Pension Fund will be created saving Fund” – say in Parliament. For employees second preferential list (less harmful, but difficult working conditions) will have to pay a social contribution of $ 29, not 22% of salary.

But doctors and teachers will have to work with the rest – at least 35 years and retire at 60. Now teachers can retire at 50, provided at the school worked at least 27 years.

To expand the base of taxpayers ERUs

This is the promise of a Cabinet meet at the beginning of the year. Then all entrepreneurs, regardless of whether they receive income, you must pay the single social contribution (ERU). Entrepreneurs of the second and the third group (the business entity with not more than 10 employees and revenues up to 300 thousand UAH, or natural persons – entrepreneur with revenues up to five million) forced to pay the hryvnia 704 ERUs. Before that, they had to pay the unified social tax and 5% of income only in the case if you were a business activity. Also from the first of January and raised the minimum contribution amount – from 352 to 704 UAH.

What else promised to Ukraine by the IMF, but not yet finished:

By the way, Ukraine was to prepare the pension reform by the end of December last year, but broke the commitment. As stated in the document, due to the fact that find support in the community failed. A new period of reform implementation in 2018.

Why Ukraine agrees to reform IMF

IMF – the main creditor of Ukraine. Tranche from the International Foundation depends on support from other international creditors. Without money the country will still have to take out loans, but on foreign markets and high interest rates, said Executive Director of the International Fund blazer Oleg Ustenko. According to the expert, the Ukrainian gold and foreign exchange reserves is 15.5 billion dollars, 4 billion of them – a pure reserve, and the rest of the IMF money. Only in 2017 Ukraine should obtain loans of at least five billion dollars. The currency is necessary for export of energy resources, repayment and servicing of loans, stabilization of the hryvnia exchange rate, etc.

The main requirement of the IMF structural reforms, which, according to experts, will allow to stabilize the country’s economy. “Without pension reform tranche will not be”, — said the Finance Minister Oleksandr danylyuk, answering the question about the conditions of receiving the next tranche.

A few months ago from the cooperation with the IMF refused Belarus. The Fund for the loan set a number of conditions: to increase communal tariffs, privatize state enterprises, to suspend payments. President of Belarus Alexander Lukashenko has considered the terms humiliating and the loan declined. “It’s humiliating not just for me. It’s humiliating for our people,” Lukashenka said.