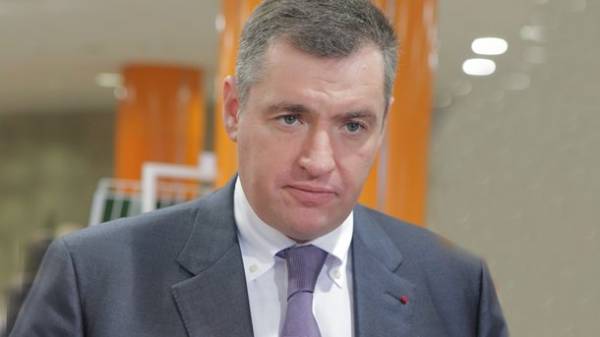 “After, we continue to count on constructive cooperation in the PACE resumes, we return to the question of the restoration of numbers of our contribution to former level”, – he said.

Slutsky added that “Russia has long warned that if the normal operation with the delegation of the Russian Federation will not resume at the site of the parliamentary Assembly, it can reduce its contribution to the Council of Europe in proportion to the funds that go to the PACE”. “In this case, we de facto exit from the main payers of the Council of Europe”, – said the head of the Committee.

According to him, “it happened.” “Our absence on the court it’s taken a protracted nature… All this prompted us to take absolutely justified the decision on the reduction of the contribution of Russia in the Council of Europe, and will soon be implemented”, – concluded the head of the Committee.

Earlier , the Ukrainian foreign Ministry said that Russia actually uses the President of PACE Pedro Agramunt to discredit this international organization and promoting its political interests in the framework of the Council of Europe.