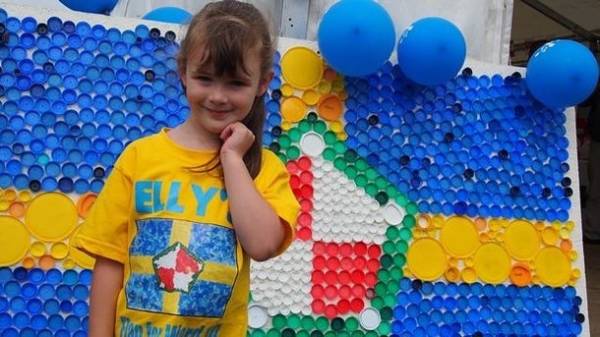 Initially, the girl planned to collect 500 pounds. To do this, she auctioned a flag that drew itself. It was her school project, which won the competition for the best collage of the flag of Pembrokeshire.

The people responded to Ellie’s desire to transfer money to the account of the hospital, and the threshold of £500 has been overcome in a matter of hours. Now the amount raised is around £100 thousand (about 130 thousand dollars) .

“This is actually amazing, it’s beyond our dreams, — says the father of Ellie Lin Neville, who was the organizer of the Center for support to cancer patients in Pembrokeshire. We’re incredibly proud of what Ellie has achieved. Raising money will help the hospital to replace old equipment with more modern for the successful treatment of cancer patients”.

For his noble act Ellie was awarded the British civil award, and she received an award from the city Council of Pembroke.