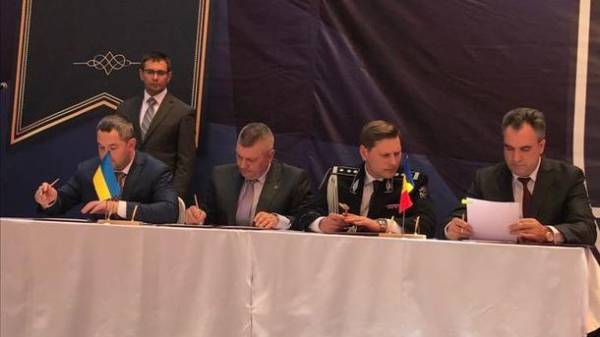 Ukraine and Moldova have agreed on joint control at checkpoints across the state border. About it reports a press-service GNSU.

“The signing of the protocols on the organization of joint control in two border crossing points is another practical step aimed at strengthening trust between our countries and create favorable conditions for citizens crossing the border by reducing the time of their registration at the checkpoint by 20-25%”, — said the Chairman of the state border guard service Viktor Nazarenko.

The Moldovan and Ukrainian parties signed protocols on joint border and customs control at checkpoints across the state border, namely “Djurdjulesti-Reni”, which is located on Ukrainian territory and “Palanka-Beacons-Convenient” on the Moldovan territory.

The signing took place during celebrations for the 25th anniversary of the Moldovan border police with the participation of Prime Minister and Minister of internal Affairs of Moldova, as well as representatives of accredited diplomatic missions, the management of border and customs services of Ukraine and Moldova.