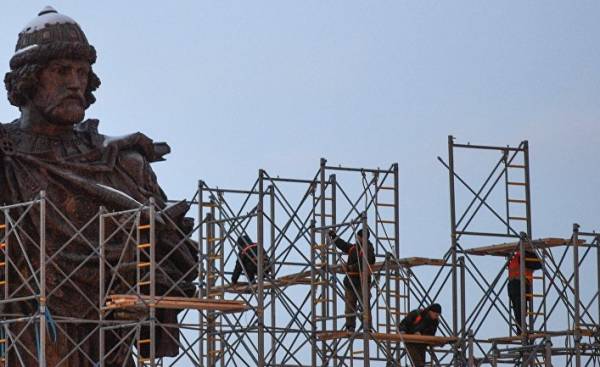 Almost any meetings between European and Russian politicians in the public sphere always touch the subject of Ukraine. Although, in fact, poured from a sieve. So it was during the talks of Him and Putin in Paris. Agreed that there will be powerless to negotiate in “channel format”. This means that peace in the Donbass in the foreseeable future to be seen.

Much more controversial was the passage about Putin’s “Russian” Anna, Queen of France, daughter of “our”, that is, too “Russian” Yaroslav the Wise. As they say, sleight of hand and no cheating, or sharing stories our eyes. Something like this has happened. Let us recall 16 Dec 2010. Then the Russian ruler Putin, being in the status of the Prime Minister, said that Russia would have won in the great Patriotic war even without Ukraine. Because the Russians — the country of the winner. And now something like this happens.

If a little to look in Ukraine banned Russian TV channels, it can even be surprised by the tenacity with which and the argument there proves that Anna — a thousand years ago was “Russian”. Would exist already then Moscow would probably have found evidence that it is Muscovite. And as independent Ukraine did not exist, and today the Ukrainians have no right to call it your own. High, General, but only “Russian”. And then there are reflections on the “brotherly peoples” or even “common people”. And if people are “one”, the conclusion is clear: Ukrainians invented in the Austrian General staff.

Russia generally likes to play with words. For example, Putin and the Kremlin’s media persist in talking about some kind of conflict in “the South-East of Ukraine”, at the time, as none of the southern regions are not trampled by the occupying Russian boots. And speaking of the occupied Crimea, and then it turns out that Putin himself admits that it is Ukrainian territory.

Generally, in contemporary Russia, “Kiev”, “Kiev” trying to throw out all historical discourses. Putin did not accidentally forgot to tell Anna of Kiev, there is no use established in the Soviet years, the term “Kievan Rus”, reducing it to “Rus” or replacing “Ancient Rus”.

Of course, each country has the right to go crazy in their own way. Most importantly do it within their state borders. But Russia is a special case. The story is used as justification to seize territory. Read the so-called Crimean speech of Putin. One argument for annexation was the fact that the Holy Prince Vladimir received the baptism of Rus. I forgot to mention that the Prince-the Kiev. In 2016, the walls of the Kremlin, a monument to Prince Vladimir as the founder of the Russian state. Here is how it is appreciated a thousand years later after his death. But before that as-that hands did not reach. The time is not enough or is it not needed for reconstructing a millennial history of Russia.

By the way, not so long ago on the site of the monument to Vladimir landed a floral arrangement “glory to the CPSU”. About this thousand-year old past, you can argue endlessly and not come to a common denominator. “Facebook” in the XX-th century was not, of Newspapers, too. Sources generally weak. No matter how they say that modern Ukraine has no right to consider itself the successor of Kievan Rus, but the Prince Yaroslav the Wise is very similar to what is depicted on modern Ukrainian passport. 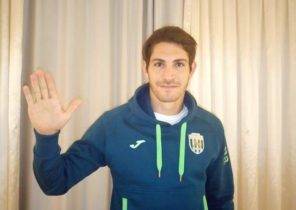