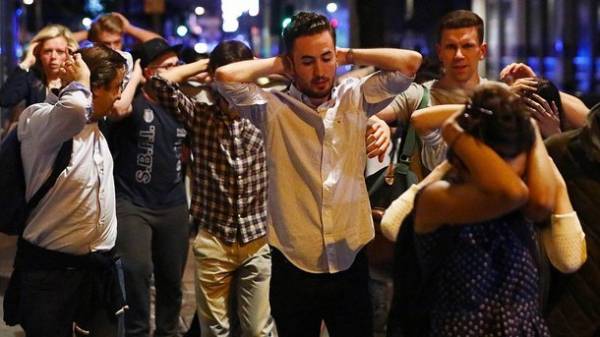 Armed police opened fire on the two attackers on London bridge. As the publication says The Sun, they were eliminated.

According to the newspaper, the attacks were 5 terrorists. According to the publication, the gang of five terrorists dressed in protecting from stab wounds vests, sent a van into pedestrians at a speed of 80 km per hour, before hunting knives to attack people, reports TASS.

Earlier, the broadcasting company of Bi-bi-si said that the terrorists shouted during the attack: “This is for Allah”.

As reported, in London there was a series of attacks. The evening of June 3 near the bridge London bridge car ran over the pedestrian. Then, in a nearby borough market-market attack occurred with the use of bladed weapons. Media report that could have been killed up to 7 people, and about twenty wounded.

According to The Telegraph, as a result of arrival of the van at people on a bridge in London suffered up to 20 people.