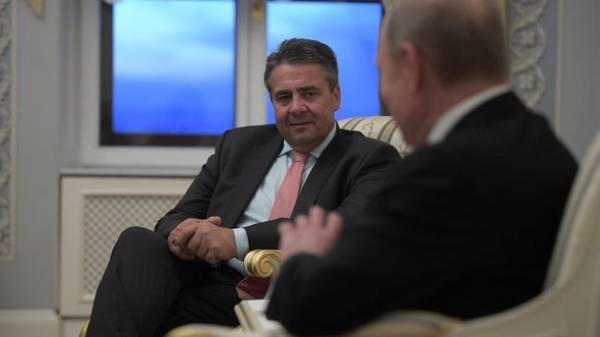 The foreign Minister of Germany considers Russia’s fulfillment of the conditions of the Minsk arrangements the main condition for lifting the sanctions, espresso TV reported with reference to the publication of Morgen Web.

While chatting with the leader of the Russian Federation, the German Minister made it clear that the condition for the lifting of sanctions will be Russia’s fulfillment of the conditions of the Minsk agreements in 2015.

In addition, Gabriel during his visit to St. Petersburg for international economic forum, which takes place June 1-3, expressed the hope that the Normandy format “will be continued at the highest level, up to heads of States and governments”.

Also, as reported, Mr.lava, the German foreign Minister, Sigmar Gabriel discussed with the Russian President the situation in Ukraine.