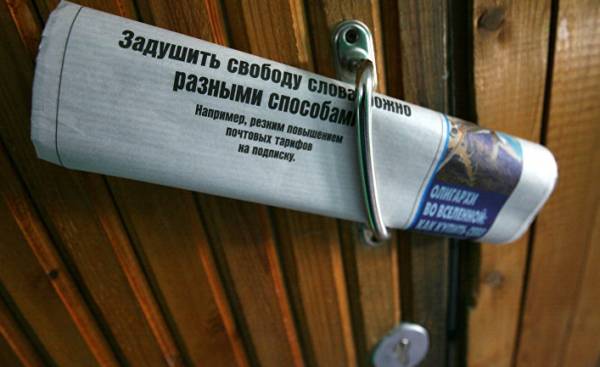 MOSCOW — the Situation with freedom of speech in Russia was not as bad as now since the end of the “thaw” in the spiritual life of the Soviet Union in early 60-ies of the last century.

About it in interview to Russian service “voice of America” said the President of the glasnost defense Foundation, a member of the Association “Freedom of speech”, the writer and Director Alexey Simonov.

The President of the glasnost defense Foundation noted that the first victims of freedom of speech become journalists, but it is not limited to only them, and for the “only creative and alive” that does not fit into the view of the authorities on the expediency.

As an example, he cited the campaign of persecution waged against the project “School for investigation journalists and bloggers”, who leads his Fund. In his opinion, the main reason for the General deterioration of the situation lies in the atmosphere that is created in the country.

Victor Vladimirov: Alexei, please tell us what is happening with your Fund and that is mainly with the schools that he oversees.

Alexei Simonov: Fund quietly performs the several functions to which he is now able and who receives funds. A difficulty with our schools, of course. Let me remind you, we have been conducting the eighth, if not ninth year. They were held in more than 30 cities of Russia. The first school studied Roman Anin, who now heads the investigations Department of “Novaya Gazeta”, and now the laureate of the Sakharov prize Elena Kostyuchenko. That is, we released the good guys, and, in General, did not know of serious problems. After all, investigative journalism is apolitical in the sense that its methodology is not political.

And when you ran into trouble?

— About a year ago, when in Barnaul have beaten our teacher Grigory Pasko (previously convicted for “treason” for four years — VV). That was the start. Further in Syktyvkar announced laid mine in the room where classes were held, then there was a blackout and tried to throw some stinking powder inside. Eventually showed up a few young people who untranslatable Russian language explained to the students that those betray their own homeland. And since then all schools, anyway, have been attacked. In Khabarovsk there was a coating of nationalists In Yoshkar-Ola teacher poured green paint that has become the fashion, and so on. And most importantly — no one is not looking for, although statements to law enforcement we wrote. Then it is clear that solved somehow to force us to stop producing these schools. However, their popularity did not vanish, so we can get back to work.

— But what have you become suddenly objectionable?

— Other conflicts became less, many broke. And if there is something alive in this space to be trampled, what the conversation. This time. Second, of course, it all started with Grisha (Pasko), which they can’t forgive the fact that he was released (from prison), in General, is alive, healthy and remained active, active, working member of society, not broken from landing and attempt to create him a bad reputation. It twice was attacked.

— How do you assess the General situation with freedom of speech in Russia today?

— How disgusting. In my memory, probably from the late 50’s-early 60’s was not such a bad situation with freedom of speech, as it is now. And not because it became less. Just need for it became greater, and the number of constraints has increased many times over. And if before all limited to, say, skills and traditions, now it is limited to the laws, their application and prisons.

— The process is managed and directed from the top?

— I don’t think he all comes from the top. Actually the problem is the atmosphere that is created in the country. And the atmosphere is not created only from the top. It is created due to the interaction of upper and lower classes. Here we have a very complex situation, which (I feel) and leaders do not know how to handle, and not only the lower classes do not know what to do from the top. What was once considered absolutely normal, unexpectedly became the opposition to the imperious direction of life and education. And accordingly, this is just clear evidence of the changing trend. 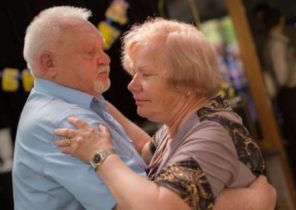