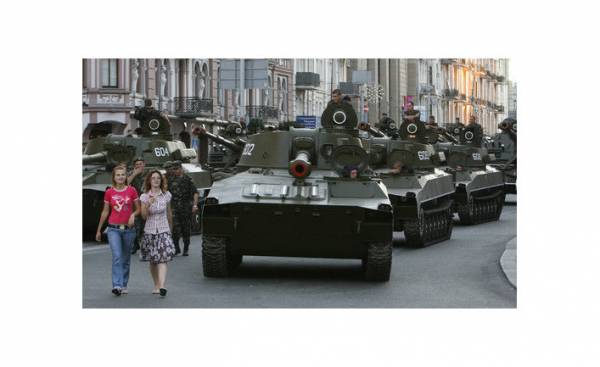 Optimistic statements by Donald trump, urging Ukraine and Russia to reconciliation, and initiatives of the newly elected President of France, attempted to resurrect the “Norman format”, show that “Western partners” very roughly represent what is happening in our country and the Russian Federation. In particular, they do not take into account the changes that made the situation the blockade ORDO and the subsequent reorientation of the enterprises of this part of the Donbass to Russia. No matter how we may extol the ideal components of our reality, such symbols, logos and slogans, the practice remains a reliable Foundation of daily life — as long as the “body” of Ukraine and ORDO tied the arteries of production chains, the reunification could speak with much more optimism. Today optimism much less.
​

Why Western initiatives are difficult to implement? Europe and the US do not notice that in the public space of Ukraine and Russia formed the discourse of “unreconciled”, which is supported by all possible state resources. Society has formed the view that the way out is only possible winners, and any other option will be considered the Ukrainian and Russian electorate as a failure and a reason to refuse to trust their leaders.

Victory or defeat in this situation turned to V. Putin and P. Poroshenko in maintaining power, and no power is not going to self-destruct. Therefore, peace without victory very difficult — and simultaneous victory for both sides.

The objective basis of the discourse of “unreconciled”

​
And with that, and on the other hand formed a layer of the population that will not accept peace without victory. This is a significant part of combatants, their relatives and the relatives of those killed and wounded in three years of fighting. Here should be added the part of those who have suffered irreparable financial and social losses or break with the past, forced to start a new life.

​
Why is the discourse of the unreconciled work and work. The need to consider the mood of the “intransigent”, and the fact that virtually all levels of Ukrainian government does not lots of people vitally connected with the Donbass, affect the public mood. The most popular solutions to the fate of Donbass, which are discussed in the public space and supported by the Ukrainian — rejection or reintegration after the victory, becoming part of Ukrainian identity. Reconciliation without victory and defeat destructive impact on their social existence and therefore strongly minimized. Something similar happens in Russia, where the situation with the Donbas is seen as a protection of the Russian population, and therefore concerns each and every citizen of the Russian Federation.

​
To go to destroy the identity of their own people will not be solved neither the leader of the nation. Looks like time to change the public discourse is lost. What this will do Western politicians, is unclear.