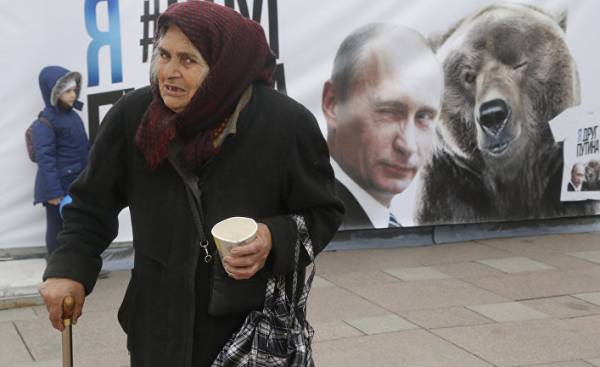 Gazeta Wyborcza: Recently released 50th anniversary issue of the journal Nowa Europa Wschodnia, a version of which is in Krakow. You remember how it all began?

Brzezicki Andrzej (Andrzej Brzeziecki): Our publication would not exist without the journal Tygodnik Powszechny. There I nozone, Malgorzata (Malgorzata Nocuń) were given the opportunity to travel to the East and write about it, although the situation was ambiguous. First, Polish readers are more willing to follow the articles about Poland, and secondly, this was due to the costs. Nowa Europa Wschodnia appeared in a Supplement to Tygodnik Powszechny, and gradually rose to an independent magazine, published bimonthly. It was published in the wrocław Collegium of Eastern Europe, which was created by the Jan Nowak-Jeziorański (Jan Nowak-Jeziorański).

This is an example of what interesting projects can be done not only in Warsaw. Wroclaw and Krakow is free from political influences, the centers for the study of Oriental subjects. In Krakow she engaged not only in the magazine Tygodnik Powszechny or University, but in conservative circles associated with the publication of Arcana or the Jagiellonian club.

— You entered the market almost ten years ago. How it has changed the approach of the Polish press to international Affairs?

— In moments of despair I think this is a “Sisyphean task”. Watching the messages in the mainstream media, I see that they devote to international Affairs less attention. The international sections are significantly reduced. We can read something about the East, where there starts a war, a revolution or a bomb explodes. All the Newspapers withdrew their correspondents from the capitals of Eastern Europe, their work performs an Internet search engine. Journalists sent there on special occasions, but in such circumstances they do not have time to delve into the subject. Polish journalists who specializiruetsya in the former Soviet Union, can be counted on the fingers of one hand. We look with envy at how journalists from Germany, great Britain or the United States. They provide apartments in Moscow or Kiev, offices, assistants. The poles can only dream about.

— Why is this happening?

— Polish mass media are focusing on domestic themes, because that’s what people want. Just go to the bookstore. Putin has been in power for 18 years, and the first Polish biography of this politician, we waited until just last year. We love to brag that “feel” of the East, understand it better than others, but in fact, in this respect, the European background we are nothing special.

— Mysteries of the Russian soul better know in some other countries?

— Some people think that if they can drink glasses of vodka and sing “Kalinka”, you understand the Russian soul. It is believed that geographical proximity and shared history makes us experts on Eastern politics. This, of course, there is truth, but the truth is that we are not able to treat the peoples of Eastern Europe objective: each we have our own conflicts. Emotions do not allow us to assess them clearly. There is a third aspect: the Polish Orientalism. We travel to Eastern Europe, to feel that we are above others, and to face with something huge and dangerous. The texts of some of the reporters on the post-Soviet States are reminiscent of the description of Africa and of the Amazon, made in the XIX century. Understanding is not conducive.

— Many years in the circles of the Polish political elite on the issue of the Eastern policy, there was an unspoken consensus. He’s still there?

— Previously was considered a leading line Giedroyc (Jerzy Giedroyc). It adhered to Aleksander Kwasniewski (Aleksander Kwaśniewski) and Lech Kaczynski (Lech Kaczyński). If you explain briefly, the idea was that Poland should seek dialogue with its Eastern neighbours, including with Russia and at the same time to maintain the independence of Lithuania, Ukraine or Belarus.

Of course, there were some failures. Statement of foreign Minister Radoslaw Sikorski (Radosław Sikorski) that his legs would not be in Lithuania, while there will not solve the problem of the poles was not the smartest. As the Prime Minister ewa kopacz (Ewy Kopacz), which, when in Ukraine people were killed, said that we need to lock yourself in your own house (commenting on the idea of supplying arms to the Ukrainians and urging Poland not to interfere in the Russian-Ukrainian conflict — approx.TRANS.).

— The trend of the subordination of the foreign policy of the political increases. A victim of this process was the Eastern policy. In addition, the right-wing circles, there has been conflict between supporters of the ideas of Jerzy Giedroyc and newnational Democrats, who cultivate the memory of Kresy (this is Western Ukraine, Belarus and Lithuania were part of the Commonwealth, approx.TRANS.) and I think that we have to force Eastern European States to pay for past events. These arguments lead to the fact that our Minister of foreign Affairs have long avoided travel to Kiev, the Prime Minister Szydlo (Beata Szydło) and not reached, although Ukraine is our most important neighbor. On the other hand, the government appointed Ambassador in Kiev, Jan Inferno (Jan Piekło) — wonderful person (by the way, krakovany). Extreme right-wing forces opposed to the appointment, the priest Tadeusz isakowicz-Zalesky (Tadeusz Isakowicz-Zaleski) attempted to assemble a large protest coalition.

— In the introduction to the jubilee room you write about the “increasingly aggressive Russia.” We should prepare for the worst?

— It is natural that after the war in the Ukraine, we were afraid of Russian tanks, but the first thing to be afraid of lobbyists of Russia. Moscow is trying to influence the policies of Western countries, using their weakness and greed. Lenin said that the West would sell Russia the rope with which it will hang. Today, Moscow is trying to manipulate Western countries, it is their main conquest, freedom of speech, democracy, civil society. She donates money to politicians who are trying to destroy European solidarity. And the Western media chasing sensations, give in to various provocations. In Eastern Europe used brutal force the Russian tanks and rifles, and in the Central — Russian “soft power” threat and lobbying. Of course, there is oil and gas. Reasons for optimism are thin.