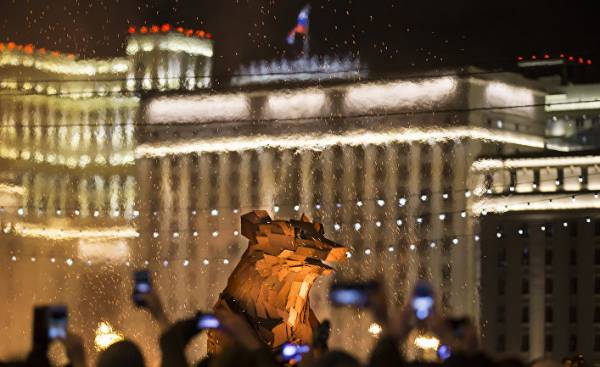 Professor of public policy Noralv Veggeland (Noralv Veggeland) recently pointed out in his article in the newspaper Nationen that the USA is the only truly global political and military Empire in the world. In the United States — from 700 to 800 military bases around the globe. For comparison, Russia has only two bases outside the territory of the former USSR, and both are in Syria. Russia exerts pressure on Belarus to establish a military base there, but resisted. However, the notion that Russia is a threat to the United States and Western Europe. Yes, that’s right: Russia occupied Crimea and carries out intervention in the East of Ukraine, but the notion that the Kremlin has any offensive military ambitions towards the West, in reality unsubstantiated.

After the election of Donald trump’s new US President, some political circles in Washington almost obsessed with the desire to show that Russia is threatening the USA. Republican Senator John McCain claims that Moscow is a big threat to peace than ISIS (a terrorist organization banned in Russia — approx. ed.). Repeatedly there are statements that the Kremlin is trying to manipulate democratic elections, although no documentary evidence of this has yet been presented. There is no doubt that Moscow welcomes Western politicians seeking to have good relations with Russia, but this was neither new nor sensational nothing. The problem with many is that they do not see that the West is against Russia behaves this way for the West to criticize Putin. The opposition to the regime, which is not like the West, gets the full support, from verbal to economic, and sometimes with the assistance of the intelligence services.

Western Europe needs a new direction in relations with Russia. It should mean accepting that Crimea will remain Russian, but it is possible to start and equitable negotiations with the aim of finding mechanisms to build durable peace and systems of conflict resolution. There is nothing that would indicate that the Kremlin is not interested in contracts of this kind with the West. In this regard, sanctions should be lifted, but at the same time, no one should be under no illusions about the “eternal world”. All countries need strong armed forces that are able to meet all of the challenges — as well as the fictional potential threat from the Kremlin.