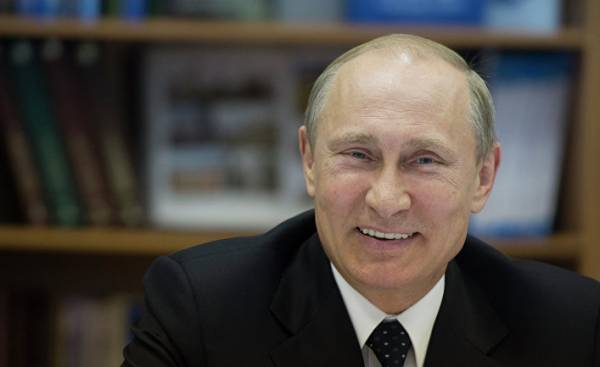 Departing from its past practice unconditional denials, President Vladimir Putin said on Thursday that last year’s cyber attacks undertaken to help Donald Trump to win the election, possibly involved in the Russian “Patriotic” hackers who acted as individuals.

Though Vladimir Putin continues to deny any role of the state, his statements to journalists in St.-Petersburg differ from the former position of the Kremlin, according to which Russia is not involved in the hacking of the servers of the National Committee of the Democratic party and just after winning Donald trump was the victim of anti-Russian hysteria in the ranks of the discouraged Democrats.

Expressing the version about possible attacks by Russian patriots, Putin said that the hackers “like artists”, which is, “waking up in the morning”, choose goals depending on mood.

“If they are Patriotic, they begin to contribute as they think proper, in the fight against those who speak badly about Russia.”

His words are similar to the statements of trump, who rejects accusations of Russian interference and said that the man responsible for the hacker attack on the servers of the National Committee of the Democratic party, “can be someone who sits on his sofa and weighs 180 pounds.”

While Putin has consistently adhered to the former position of denying the involvement of Russian state bodies or officials. These charges were announced by U.S. intelligence. In January they came to the conclusion that Vladimir Putin himself headed the Russian “campaign of influence” that included cyberattacks and misinformation. The aim of this campaign was the effect on the November elections in favor of Donald trump.

“We at the state level don’t do that”, — Putin said on Thursday.

However, the line between state action and individuals often blurred — especially in regard to the spread of Russian influence abroad. Russian citizens nominally are individuals fighting in the ranks of Russian-speaking militias in the East of Ukraine and take part in various campaigns aimed at advancing the Russian agenda in Eastern and Central Europe.

Apparently, worrying due to the fact that American intelligence agencies can publish evidence of Russian involvement in cyber attacks last year, Vladimir Putin has also put forward the theory that modern technology can be easily manipulated to create a false trail leading to Russia.

“Can imagine from that special someone makes, builds a chain of different attacks so that the source of this attack is to represent the territory of the Russian Federation, because modern technologies allow to do it, it’s easy enough done,” — said Putin.

Vladimir Putin, apparently, repeats the argument, given earlier this week in an interview with French newspaper Le Figaro.

“He said absolutely, in my opinion, correctly — maybe it’s from another country, maybe someone was lying on the bed, something came up, maybe someone intentionally put some thumb drive somewhere with the name of the Russian a citizen, — said Putin in an interview with Le Figaro, referring to trump’s words. — Because in this virtual world, anything can pile up. Russia never does, we don’t need to, we do not make any sense to do it. What’s the point?”

The gradual change of position of Russia in relation to possible intervention in the American elections similar to how Vladimir Putin has repeatedly changed its version of events, telling about Russia’s role in the annexation of Crimea in 2014 in the armed insurgency in Eastern Ukraine. He first categorically denied the participation in these events, Russian troops, and a few months later admitted that the Russian military took part in them. 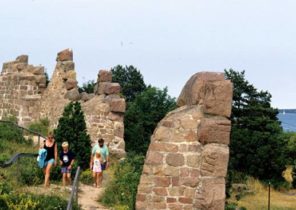 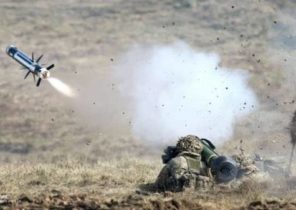