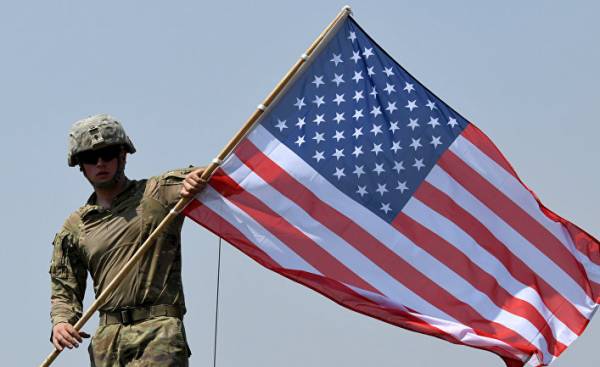 In the 1980-ies, in the midst of the cold war in Europe was based about 300 thousand American soldiers, ready to repel a Soviet invasion. With the collapse of the USSR in 1991, Washington returned almost the whole contingent home.

Today on the Old continent serve only 30 million Americans. Ironically, the growth of tension in relations with the main successor of the Soviet Union, Russia, they are returned to their initial deterrence.

USA and to a lesser extent UK, France and other allies in Western Europe today conduct more military manoeuvres in the Eastern part of the continent, in countries such as Lithuania, Bulgaria and Poland.

The number of troops is rather symbolic, in Poland were sent one tank brigade (four thousand people and 90 heavy tanks M-1 Abrams). The goal is to ensure the safety of new allies against the Russian adventure, like the annexation of Crimea and the attack on Georgia.

Russia is particularly angered by the expansion of the military Alliance of NATO to the East, because these countries were its allies in the Warsaw Pact. In 2017 we may be witnessing the beginning of a new cold war. As in the case of the classical conflict between the USSR and the USA, there is disagreement as to when exactly it started.

We can say that the seeds of conflict were sown in 1917. In October will mark the centenary of the Russian revolution.

As a result, it was established in the very political system that was put in an impossible coexistence with the hated capitalist countries. Then a number of countries organized military intervention to destroy the nascent socialist state. The memory of this invasion, as well as the sudden German attack in 1941, fuelling a long-standing Russian paranoia.

Among historians, the starting point of the cold war is considered to be the speech of U.S. President Harry Truman (1884-1972) in 1947. The so-called Truman doctrine was created to deal with the geopolitical expansion of the USSR. She assumed American support to countries under threat of communism. The first recipients of this economic and military assistance were Greece, which experienced a period of civil war with the leftist guerrillas and Turkey.

March 5, 1946, Prime Minister Winston Churchill delivered a famous speech in the United States in the presence of President Truman, saying that in Europe went down the “iron curtain”.

In 1947, intensified military action during the civil war in China in 1949 led to the Communist takeover by Mao Zedong. With the invasion of South Korea by Communist North Korea in 1950, it seemed that the capitalist world is forced to keep the defense on the planet.

Soviet dictator Josef Stalin was ahead of Truman with the Declaration of “war”. During the Second world war (1939-1945) he had to restrain his criticism, because the US and UK were his allies. However, after the victory over Germany, Stalin returned to the reproaches of the capitalist countries.

In a speech on 9 February 1946, the Soviet leader said that peaceful international order cannot be built in a world dominated by the capitalist economy.

Friedman considers the origins of the conflict to the period before the Second world war, the civil war in Spain (1936-1939). In 1937, the Communists seized power in the Spanish Republic. “It was the first after the civil war in Russia, the attempt by the Soviets to gain control over another country,” says Friedman.

In the territories occupied by the red Army (in 1946 renamed the Soviet Army) at the end of the Second world war, was installed Communist regimes. This expansionism still worries Eastern Europe.

One of the reasons for concern are large-scale military scientists of Russia. They can participate from 65 to 155 thousand troops; for the same period in the largest military maneuvers of NATO was involved only 16 thousand soldiers. The Russian Navy began to conduct large-scale exercises in the Atlantic.

Russians also like to carry out “sudden”, not planned exercise. “They experience the capabilities of the armed forces to carry out immediate mobilization and deployment. It is an important instrument, used by Moscow to intimidate its neighbors”, — analysts write Ian Brzezinski (Ian Brzezinski) and Nicholas Waranga (Nicholas Varangi).

During the cold war, the highest concentration of American troops overseas was observed in the front edge of the countries — such as Germany and South Korea. When the emphasis shifted to “war on terror” and the invasion of Iraq and Afghanistan, it has become customary to deploy troops in areas in close proximity to the Middle East.

The “new cold war” promises to reverse this trend. Military transport of sand will go back to typical colors camouflage NATO green, brown and black.

After a decade of wars against rebels, analysts will resume counting tanks, missiles, ships and aircraft. Geopolitics are back in fashion.