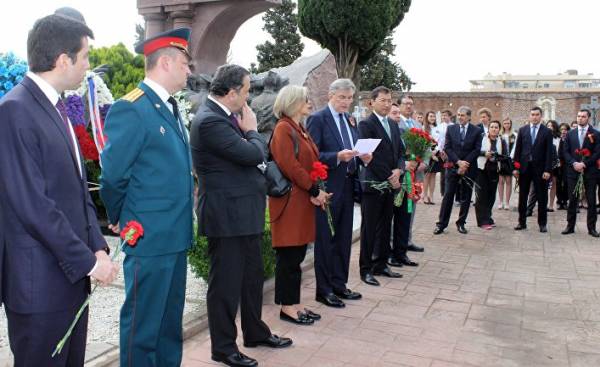 The Russians did not expect such a reception in Spain. 80 years after the Spanish civil war (1936-1939) participants in the memorable events dedicated to the role of the USSR in the Spanish war, meets in the Palace of Palau de les Heures University of Barcelona and a squad of the Spanish Republican army. With machine guns Degtyareva cost of a local beauty. Participants of historical reconstruction, representing the army, showed a weapon to a panel of experts, which includes representatives of the universities of the Russian Federation and historians, in particular, devoted to the study of the fate of the pilots who fought in the Spanish sky.

Aviation is the Central theme of this historic event organized by the Association of Aviators of the Republic (ADAR) and the office of the University of Barcelona for the study of cultural heritage. Opening of commemorative events took place yesterday, and they will conclude tonight with the city’s bomb shelters in the Palau de les Heures — the former residence of the President of Generalitat, Lewis Companys (Lluís Companys).

These days here is talking not only about models and statistics, in the first place — about courage, about the heroic feats of solidarity and military prowess.

Among the most interesting lectures it is worth mentioning the report of the Faith, the Malay, representative of the University of Belgorod, on technical and strategic aspects of foreign aircraft in the civil war. Malay said that in the Spanish war fought 772 Soviet pilots (was sent to 648 aircraft of the Soviet Union), but also noted that only the Germans and the British were able to learn the lessons of war in the skies over Spain, which failed to make the French, the Italians and Soviet citizens.

She explained that the Nazis were tested 27 types of military aircraft including Me-109 fighter, which later, during the Second world war, the German flying ACE Erich Hartmann scored 352 victories, that became kind of a legendary record. The Soviet air force also received some experience in the war, but did not use it subsequently, despite the fact that he was already well acquainted with the models of his future opponent. Malai told that they are even brought to Moscow captured in Spain of Italian fighter Fiat CR-32, which was the basis of Franco’s military aircraft, and razvintili it to the last nut, to explore.

Finally, the speaker suggested that the most important were industrial machinery, the “engine” of the whole process, as agreed by the historian and renowned expert in aviation David Iñiguez (David Iñíguez), the leader of these historic events, who will speak today with the report on “the war industry of Catalonia during the civil war in the eyes of the USSR.”

A colleague of Faith Malay, Natalia Anikeeva from MGIMO, mentioned that sending pilots and aircraft from the distant Soviet Union was not easy. She spoke about the different stages of Soviet involvement in the war in the skies over Spain, told us the history of Soviet pilots aces and highlighted the training of Spanish pilots in the 20-th school of Kirovabad (Gyanja), in Azerbaijan, which caused strong emotions among representatives of ADAR, which saw in a strange land, we remember them and honor them more than at Home.

Memorable was the report of Konstantin Semenov devoted to the fate of pilot Michael Krygina, Russian white guard, which fought on the side of the Spanish Republicans. Krygin was born in 1890, studied in the Marine corps, served in the Royal Navy on the cruiser “Aurora” and even received the order of St. Vladimir during the First world war. After the revolution he left the Red army and after many vicissitudes was in the service in the air force of Spain. During the civil war in Spain he was one of the few “white” Russian, who decided to fight on the Republican side.

One comrade writes in his memoirs that Krygin made such a choice for the people, which certainly sounds nice. Such beautiful words, but also different technical terms sounded yesterday at conference. Talked about courage, about heroic deeds, about solidarity and military prowess is not only about models and statistics. Russian special talent to write infused with a passion prose — who else knows about this, read Lermontov. As for the fate Krygina, he fought, was wounded, held the position of Deputy commander of the air force of Spain in the auxiliary air force, then moved to France where he fought in the ranks of the Resistance movement. Semenov did not delve into details of personal life Krygina, mentioning only a piquant moment, if we understand correctly the Rapporteur that a few years later the pilot was set in Majorca your wife for the wife of his friend.

Very sorry that not all were able to attend — cannot come to the relatives of Soviet aviators, who were waiting for here.

Chairman ADAR, Aquilino Mata (Aquilino Mata) said she will cherish memories of the great feats of Soviet aviators, and those emotions that filled these meetings, and is going to continue to talk about those who fearlessly “took off, to win.” 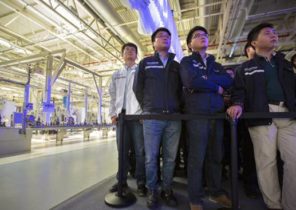