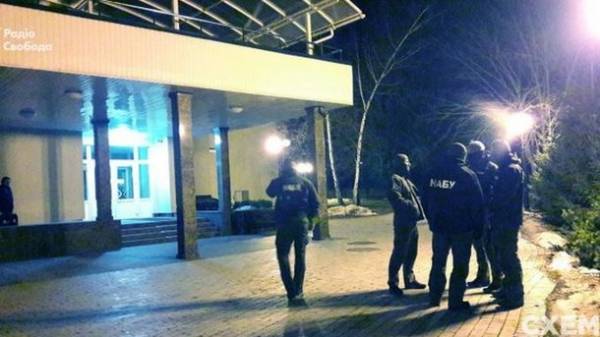 Employees of the National anticorruption Bureau of Ukraine detained the head of the State fiscal service of the Roman Nasirov in the hospital “Feofania” in the investigation of the “gas business”.

“Yes, it’s true. It (Nasirov. – Ed.) detained in the investigation of the “gas case”, – have informed in a press-service of NABOO.

No details have not yet been reported. In particular, it is unknown where delivered Nasirov and that he is charged with.

At the same time edition “Strenia” with reference to its sources reported that the detectives NAB and failed to detain the head of the SFS of the Roman Nasirov, or to inform him of suspicion. “It just didn’t let them,” – said the source publication.

Sources close to the NAB, said that the searches that are carried out on Thursday in the GFS box and a Specialized anti-corruption Prosecutor’s office, associated with the investigation of restructuring rent payments for gas extraction companies linked to people’s Deputy Oleksandr Onishchenko.

Earlier people’s Deputy Tetiana Chornovol claimed that the orders for the installment payment were signed personally by the head of the SFS Roman Nasirov.