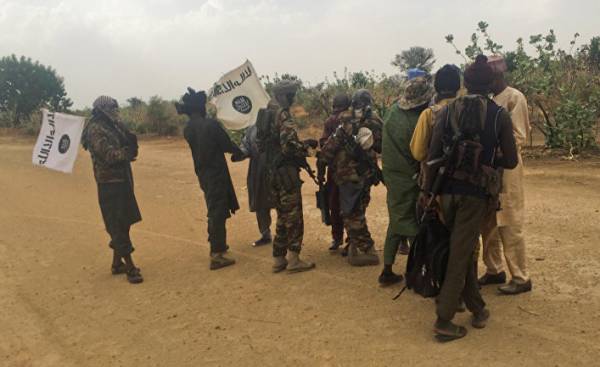 After evaluation of huge losses in both the military and ideological level in battles in the Iraqi city of Mosul ISIS (banned in Russia — approx. ed.) is trying to find an alternative location, and therefore is committed to West Africa.

On the African continent, armed groups accept new members. After the weakening of control on the territories of Iraq and Syria, as well as defeats in the confrontation with the international coalition forces and local armed forces, all attention was focused on this region to turn it into a new homeland for his people.

“I received his secondary education three years ago, and since then can’t find work. I don’t have enough money to go to University. This stranger “knocked” me on the Facebook page and promised a million dollars for what I’m going to work for him. How can I refuse his offer?” It was part of what said the young man from Ghana at the age of 20 years. “Islamic state” was able to recruit him.

Young people in Ghana and other West African countries, as a rule, are an easy target for extremist organizations. After all, there is rampant poverty, high unemployment, growing religious, class, and economic and political problems. That is why ISIS seeks to penetrate the region and with the help of the Internet to begin recruiting residents of West Africa.

All these factors combine to make West Africa a favorable environment to consolidate here ISIS. Last year it suffered heavy losses when faced with serious opposition from the international coalition and local forces in Syria and Iraq.

The French newspaper Le Figaro in an article titled “Africa — the new target of ISIL,” said: “ISIL is on the verge of collapse in Syria and Iraq, and therefore seeks to gain a foothold on the African content, thereby expand its zone of influence.” French military sources reported that in the past year, ISIS has sent 15 Iraqi militants in Nigeria to teach members of the group “Boko Haram” some fighting techniques, including work with explosives, the manufacture of guns and rocket launchers.

West African countries and their intelligence services certainly know about the danger of the arrival of ISIS in the region. In June last year seriously was announced the formation of a regional force to combat terrorism. The President of the Commission of the Economic community of West African States (ECOWAS) Marcel Alain de Souza said: “the Increase in terrorist acts in our region compels us to share information about their activities, to coordinate our efforts and intensify our resources in order to confront them”.

Researcher in the field of extremist groups Mustafa Zahran says: “Islamic state will expand both vertically and horizontally. It will begin to dissolve their roots in different parts of West Africa, based on those who support its aims, for example, “Boca Haram” and other Islamist organizations.” He also added that “the organization will try to spread its influence, relying, for example, “sleeper cells” of society. In addition, it will aim to be back in the desert, as it was in the beginning. In General, the split, Sino-organization, forces her to look for several possible variants”.

Mustafa Zahran stressed that “Islamic state” is currently in a very difficult situation. In a worst case scenario it wants to return to their former positions, to save all that is left of the organization. In conclusion, the researcher added: “Future events will be an attempt of ISIS to stay afloat as long as possible, and perhaps even she will try to regain their former position.”

Many of the extremist groups in West Africa have paved the way and provided a safe haven for Islamic state. ISIS has long worked to win the trust of these groups, using the strategic plan called “ink spots”, meaning that each branch of the organization will be both “spread” and be associated with the center as the stain of ink on paper.

One of the most important organizations in West Africa is the group “Boko Haram”, which is March 7, 2015, swore allegiance to Islamic state leader Caliph Abu Bakr al-Baghdadi. From that moment on she became known as the “West African province of the Islamic state.” Their activities it carries out in Nigeria, which recently topped the list of African countries most vulnerable to terrorist attacks. According to the report “Africa is at a critical juncture… Africa at the point of no return”, published by the Mo Ibrahim Foundation, terrorist attack in 2014 and 2015, claimed the lives 17930 residents. More importantly, after swearing allegiance to Islamic state the group seeks to expand its sphere of influence and begin to carry out military operations on a larger scale outside of Nigeria.

However, we cannot lose sight of the fact that recently began differences between the group “Boko Haram” and “Islamic state” in connection with the appointment of a new leader — Abu Musab al-Barnawi. It was he who in 2009 was appointed successor to the group’s leader Abubakar Shekau. However, the latter was not happy events. Shekau, sworn allegiance to al-Baghdadi in 2015, have suddenly come to a new successor just after the announcement of his new post, and then commented on the appointment of al-Barnawi: “This is betrayal and deceit from the “Islamic state””. 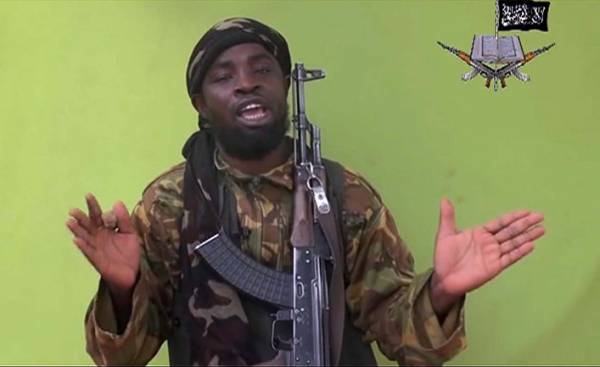 These differences indicate the changing developments in the internal struggle for leadership, the more that think Shekau continues to insist that the oath of allegiance to al-Baghdadi does not give al-Barnawi right to interfere in the internal Affairs of the group. Indeed, he began to challenge orders of the “Islamic state”, wanting to separate from her. Analyst on security issues in Nigeria, specializing in the study of the “Boko Haram”, said: “I believe that the recent disagreements between two armed groups crossing all boundaries, and will be the biggest problem in history of Boko Haram”.

The British newspaper Financial Times has confirmed that ISIL has contributed to the appointment of al-Barnawi for the post of head of Boko Haram in order to speed up the coup and the transformation of West African groups in the radical organization in the world. In addition, in the article entitled ” Differences between the “Islamic state” and the Nigerian “Boko Haram” become apparent” stating that “it is still unclear which of the two terrorist organizations will take up. However, problems arose in a time when Boko Haram has not the best times, because since last year, Nigerian troops carried out military operations against it.”

Why in West Africa “Islamic state” difficult to resist?

Political analyst will Ali returns in his judgment the main reason, namely the weakness of the face of the “Islamic state”, especially if it will penetrate and settle in Africa even stronger. Environment contributes to this: the region is dominated by the unrest, the state institutions are weakened with each passing day, and the army too weak. Ali added: “All of these factors make ISIS a serious threat in Africa. American influence in the country is not so great as French or Chinese. France and China are not the countries that are ready, without delay, to intervene in the fight against the Islamists. Their policy is based on the principle of economic and political containment, and that forces us to consider our organization “Islamic state” very dangerous”.

In an interview with Sasa Post will Ali added: “Social, class and tribal issues in Africa at the present time is felt very keenly. Cameroon, Nigeria, Chad a deep crisis. Problems in the North and the South, religious conflict, all this creates suitable conditions for the spread of ISIS its rule.

Ali confirmed that the Union of the “Islamic state” group “Boko Haram” has allowed him to gain a foothold in black Africa, and subsequently to form a cell, and state formation in West Africa, especially considering that the pressure on the organization on this continent there is much weaker than in the middle East”.

Will Ali explained that ISIS was able to grow in the Arab region due to the conflict between Shia and Sunni and Arab-Kurdish confrontation. It has positioned itself as the defender of Islam and Sunni identity. It is possible that it will find similar reasons and in West Africa, which will help it to expand its influence at the expense of local conflicts. According to political analyst, “it is impossible to eliminate or to destroy this organization in Africa without addressing the cultural, religious and class problems in this region. Currently, Nigeria is in deep crisis because of the conflict between Christians and Muslims, which pushes young men to join Boko Haram to protect their identity.”

In addition, the spreading influence of ISIS is a threat to African oil flows that supply American and European markets. A political science Professor from Egypt, Ammar Ali Hassan, in his article “ISIS on the continent of the blacks… in the footsteps of al-Qaeda and other organizations”, said that “extremist organizations that advocate on the side of “Islamic state” can do to target the energy and transport artery in Africa. If they can’t grab and use them for their own purposes, without delay, will explode and destroy them. A similar situation is observed in Iraq and Syria, where oil wells and refineries have been converted into the main source of income.”

West Africa: the struggle for power between “al-Qaeda” and ISIS

5 January 2017, the leader of “al-Qaeda” Ayman al-Zawahiri made a sudden attack on the leader of the “Islamic state” Abu Bakr al-Baghdadi. His message coincided with military operations against ISIS in Iraq and Syria. It was proof that al-Qaida was trying to use the fading as his rival in the region.

West Africa — region, which was dominated and dominated by the influence of “al-Qaeda”, and now rises again rolled star. The organization launched several attacks in different areas, and one of the middle East Agency in January last year has published a report which says that 2016 was made on 101 occasions. The map of terrorist operations such as the storming of the seaside resort on the coast of côte d’ivoire or the uprising in Northern Mali, confirms that the “Islamic state” and al-Qaeda are waging a fierce struggle for control over West Africa in the African continent.

Mustafa Zahran confirms that al-Qaeda is trying to fill the vacuum created in West Africa, recognizing the claims of Western powers about the importance of the fight against ISIS. Two days ago the Minister of defence of the USA James Mattis said that “at the present time in West Africa, operations against and eventually eliminate the “Islamic state””.