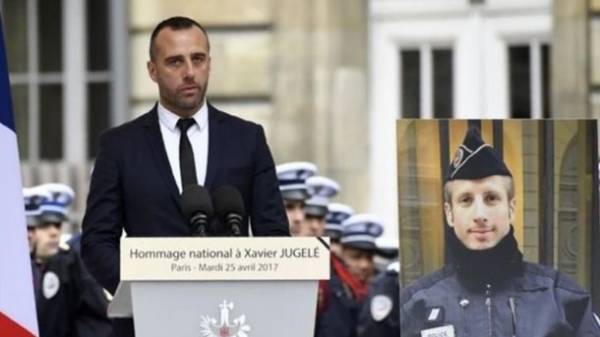 A French policeman Xavier Guile, who was killed April 20 in an attack by Islamists on the Champs Elysees, and his partner Etienne, Cargill entered into a posthumous marriage, which is allowed under French law.

37-year-old policeman who died in the Elysian fields, was an active fighter for gay rights. He was in a civil partnership with Kardelen children they had.

The death Guile in the attack on 20 April, which French authorities viewed as a terrorist attack, caused a great resonance in France. His partner, Cargill gave a speech at the funeral ceremony, which aroused great response in French society.

French law allows posthumous marriage – a man or woman can join it, if there is sufficient proof that they had intended to do it.

Those wishing to join in the posthumous marriage should write a letter to the President.

Xavier Guile was killed during the shooting on the Champs Elysees in the evening of 20 April, when armed with a Kalashnikov rifle, a man opened fire on a police car.

Responsibility for attack was assumed by “the Islamic state”.