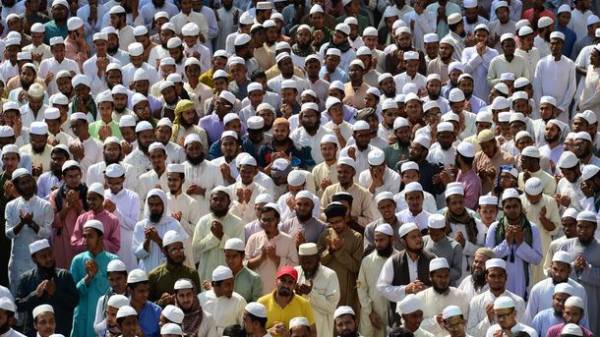 Islam will become the most popular religion in the world until the end of the century, outstripping Christianity in number of followers.

On it informs the American research centre Pew Research Center, which published the forecast.

According to him, in 2010, lived in the world 1.6 billion Muslims, accounting for 23% (versus 31% of Christians) the total population of the planet. In Pew Research Center believe that, if current demographic trends continue, the number of adherents of Islam will outnumber the followers of Christianity until the end of this century.

As explained in the research center, the reason for this may be the high birth rate among Muslims and, as a consequence, the relatively young age of most of the modern followers of Islam.

It is noted that now the majority of Muslims (62%) live in the Asia-Pacific region. It is expected that in 2050 India will be the country with the largest Muslim population in the world with over 300 million members of the religion, and in Europe not less than 10% of all people will practice Islam, summed up in the research centre.

At the end of 2016 the American edition of International Business Times has published a sociological study, which the authors argue that citizens of some countries greatly exaggerate, talking about the number of followers of Islam in their countries. For example, residents talked about the fact that the proportion residing in the territory of the Fifth Republic Muslims is 31% , when in fact 7.5 per cent.