Today, may 14, 2020, Aleksandr Yaroslavskyy’s DCH group and ZTE Corporation extends concluded a Memorandum on cooperation in the framework of the project “Ecopolis HTZ”. The parties signing the document were: on behalf of DCH – managing company of the business Park “Ecopolis HTZ” on behalf of ZTE – the Ukrainian division of ZTE Corporation, Ukraine. The ceremony took place in an online format via video conferencing in connection with the quarantine restrictions in Ukraine. About it reports the official site DCН.

Due to the conclusion of a Memorandum of cooperation with the DCH group of Oleksandr Iaroslavskyi, the Corporation ZTE became the first business resident in the “Ecopolis HTZ” in the industrial Park (industrial cluster) and Technopark (IT and R&D clusters). As promising areas of cooperation marked the creation of the territory “Ecopolis HTZ” office ZTE R&D center and production site. 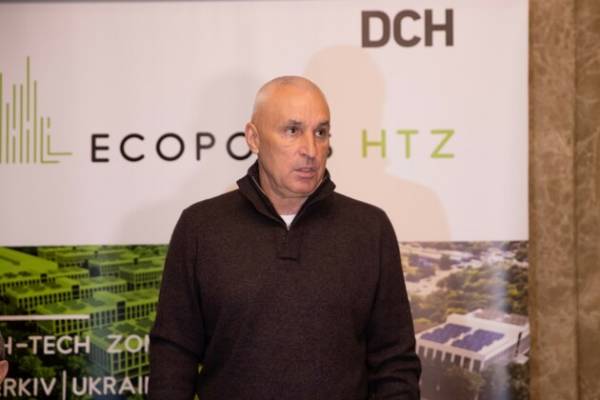 “I am very proud that today we are taking this initiative by signing the Memorandum of understanding with ZTE Corporation. I am sure that the cooperation will be fruitful and I can assure you that in us you have found reliable partners. You are the first in the development of the technology cluster “Ecopolis HTZ”. I hope you will come and other Chinese companies – such as, for example, as Alibaba Group Jack MA, a great friend of our city,” — said at the signing ceremony of the Memorandum Oleksandr Yaroslavsky, the owner and President of DCH group.

Vice-President of ZTE Corporation Xue Bin in his speech stressed the compliance of the project “Ecopolis HTZ” strategic priorities of the company.

“ZTE is an honour to be part of an innovative business ecosystem “Ecopolis HTZ”. The Central idea of this initiative — efficiency and high-tech development. And it is consonant with the main objectives of ZTE in Ukraine and on the global market,” he said. 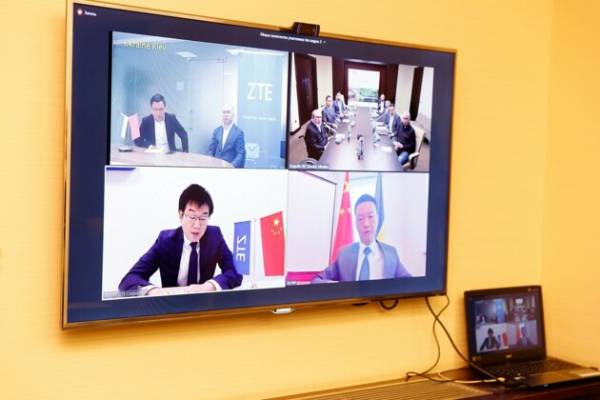 CEO of ZTE Ukraine Juan Minci also expressed gratitude to Aleksander Yaroslavskiy for the opportunity to become the first business resident in the “Ekopolis HTZ” and stressed that ZTE is ready to offer its expertise for the implementation in Kharkov projects the digital transformation of a Smart City.

The mayor of Kharkiv Gennady Kernes, who was present at the signing as the guest of honor, confirmed that the city government provides full support for the project “Ecopolis HTZ”. 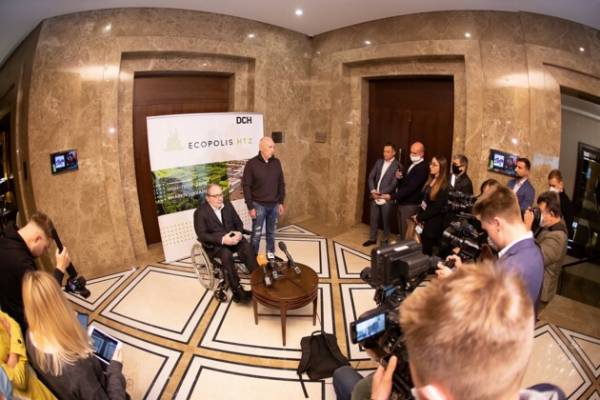 “The city will fully help in the implementation of the initiative of the DCH group. We help not just words. All the projects are scattered in different locations, we want to combine into a single compact and strategically Central. Therefore, the DCH project “Ecopolis Khartsyzsk pipe” is included in the city development plan until 2030″, – he said.

Sales representative of the Chinese national Republic in Ukraine Liu Jun, honorary guest of the ceremony, welcomed the cooperation of ZTE and DCH.

“ZTE is one of the leaders in Chinese high-tech sector, DCH group is one of the largest and most powerful business groups of Ukraine and Kyiv city known for its rich development resources for innovation. I really hope successful launch of the ZTE interact and DCH”, — he said.

Mr. Liu Jun has also expressed its willingness in the future to be personally present at the opening ceremony of the “Ekopolis HTZ”.

In the end the online meeting Oleksandr Iaroslavskyi thanked the mayor of Kharkiv in support of city and stressed the importance of “Ekopolis HTZ” for the Ukrainian economy as a whole.

“Kharkiv is a leader in the field of innovation. I thank the mayor that the city is constantly working with us to “Ecopolis Khartsyzsk pipe” was successful. On this project I will definitely report to the President and the Prime Minister. I’m sure they will also supervise the project, which is not only urban, but is nationwide in scope”.

ZTE Corporation is a supplier of advanced telecommunications systems, mobile devices and enterprise technology solutions to consumers, operators, private companies and public sector clients. Included in the 500 largest companies in China, state employees and 70 thousand people, of which 26 thousand people working in research centers. Revenue ZTE in 2019 amounted to $12.8 billion Corporation is the only company in the world, within the top 5 global leaders in the number of patent applications over the last 10 years (2010 – 2019). ZTE devotes more than 10 percent of their annual revenue on R&D and plays a leading role in international organizations responsible for setting industry standards. Products and services ZTE are over 500 Telecom operators in more than 160 countries. To date, the company signed 46 contracts on the commercial deployment of 5G networks in the largest markets of Europe, Asia-Pacific, Middle East and Africa. According to research by Transparency International in 2016 “Transparency in corporate reporting: assessing the activities of multinational companies in emerging markets,” ZTE was the only Chinese company included in the ranking of the top 15 participating countries.

“Ecopolis HTZ” — a diversified business Park is a new generation, long-term investment project of the group of DCH Alexander Yaroslavsky. Rational use and deep redevelopment of the territory of the Kharkiv tractor plant will create an entirely new innovation ecosystem, a world-class business development and research. The planned investment of $1 billion will create in Ukraine not less than 10 thousand jobs through industrial Park development, IT cluster, medical center, a logistics complex and a shopping cluster, agro-technological cluster, and research (R&D) and educational centers. The business-center “Ecopolis Khartsyzsk pipe plant” will be located on the vacant production premises of the legendary Kharkiv tractor plant (HTZ), and the Khartsyzsk pipe plant will be the basis of the industrial cluster and the anchor resident in the business Park.