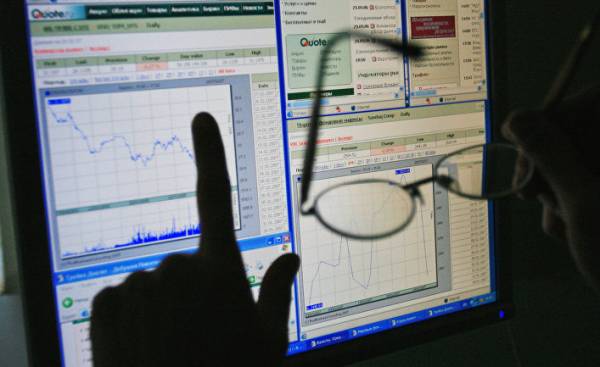 If you look at the Ukrainian conflict, the Russian intervention in American and European elections, in the course of the Syrian war, it will be clear that the relationship between the West and Russia are becoming more hostile. However, Russia remains an important emerging market and a significant part of the stock portfolios of most Western multinational corporations. These corporations also appeared to be under the influence of geopolitical tensions that could directly and indirectly affect their business.

It happens rarely, but in some cases the Russian government directly intervenes in the Affairs of Western companies. For example, in 2014, when the conflict in Ukraine began to seriously deteriorate Russia-us relations, the Kremlin has sued the McDonald’s for the fact that it allegedly violates Russian safety standards. It even temporarily closed four restaurants for alleged “sanitary violations”. A few hours later, after the US and the EU tightened sanctions against Russia in the same 2014 year, Russian authorities have raided the headquarters of IKEA in Moscow. This company has long been suffering from the annoying interference of the Russian state.

Some customers of my company (managers of large American and European multinational corporations) of the number of operating in Russia have also noticed that in the last two years have been significantly tightened rules and regulations. The authorities became more frequent unannounced inspections, suddenly changing labelling requirements. Federal and regional governments are threatened by changes in the regulatory framework. In addition, there is a growing pressure in favor of local production and labour force. Customers have reported receiving threats of fines, faced with delays at customs on the Russian border, as well as increased costs. Curiously, all this interference in the activity of business is most often not the Kremlin and local officials eager to curry favor with the leadership in the face of rising international tension.

The economic downturn in Russia caused by the sharp decline in oil prices, also contributed to the adoption of a more conservative government decisions to the detriment of the reforms in the economic sphere. It poisons the business environment and impedes long-term growth prospects. The revenues of the state and the private sector in recent years has decreased, but the recovery process will be slow and difficult.

Business environment seriously affects how transnational corporations working in Russia and promote their products on the market. Our clients have already noticed some changes, which do business in Russia has become more difficult and expensive.

Pushed by the growing economic pressure, the Russian government is monitoring trends in other emerging markets itself puts pressure on local companies, often working to the detriment of foreign investors. For example, adopted in 2014, the law requires that the government in the allocation of public tenders give preference to local producers, not foreign companies, not paying attention to the difference in quality. In response to the West’s decision to impose sanctions against Russia, the government decided to impose retaliatory measures, banning the import of various agricultural products and began to implement a policy of import substitution. This led to the fact that Russia imports less food and dairy products, actively subsidizing local production. It is beneficial to some Russian industries, but such actions deprive foreign firms access to the Russian market.

At the same time, transnational corporations are feeling pressure from the state, which violates the principles of market relations, strengthening local supply chains, employing local workers, using local brands and manufacturing. This causes problems when the local suppliers of high quality products available, which often happens in a number of sectors, say, in health care.

Meanwhile, the fiscal policy of the government leads to a decline in domestic demand. For example, excessive dependence on export of raw materials coupled with the lack of a growth policy (which includes financial incentives, support of non-oil sectors, improvement of the law) creates problems in the formation of public revenues. Because of this, Moscow imposes various excise taxes and thinking about increasing VAT (from 18% to 24%) and income taxes (from 13 to 20%, and the transition to a progressive scale). This is a blow to the purchasing power of consumers.

In recent years, the government reduces the financing of health, education, public enterprises and pensions. In many cases people have to bear the large expenses, for example, often pay for treatment. It also limits their purchasing power.

We also hear from customers that the government cancel government projects, denying opportunities to those companies who were hoping for government orders. In addition, in connection with the reduction of Federal funding of Russian agencies, they have more incentives to introduce their own rules and temporary measures to get more revenue from foreign firms. For this they charge more money at customs, or imposing fines and taxes to their local businesses.

Along with this, the process of economic decision-making becomes increasingly politicized, as in the priority state policy objectives (for example, Putin’s re-election in 2018) and the problem of foreign policy, not domestic reforms, say, in the sphere of fight against corruption, which can improve the business climate. For these reasons, to plan commercial activities will continue to be difficult.

What can make a business?

Most firms with whom we work, I feel helpless, knowing there’s nothing you can do about changing conditions in Russia. But based on the experience and strategy of our clients, you can find ways to overcome such uncertainty. Despite the disorder of the political and economic climate, Russia in the long term will be extremely attractive compared to other emerging markets like Brazil or Nigeria, because there is a large population, high purchasing power of the state and private individuals, as well as a strong resource base.

First of all, companies need to understand exactly what elements of their activities are most vulnerable to sharp changes in foreign policy. Then they should analyze what political and macroeconomic events (further sanctions, the drop in oil prices, protests, etc.) can affect the economy (for example, the volatility of the ruble), policy (e.g. import bans), as well as on their own activities and local partners and consumers. All this can be described in a variety of scenarios modeling specific actions to mitigate the consequences of that will help companies to promptly respond to events.

In 2014 we have provided advice to numerous companies in the consumer goods that these measures have managed to cushion the impact from the sharp devaluation of the ruble. The weak ruble has significantly strengthened inflation, which in turn forced the Central Bank to raise rates, thereby increasing the cost of credit. The result of the distribution organizations of our customers become harder to get loans and, accordingly, they have less financial capability to procure products from these customers for further distribution to stores in the country. To prevent failures, some customers have decided to Fund distributors to enable them to continue to buy their products, and then sell it. It significantly helped many companies to maintain their market share, the reputation of trademarks and profit.

Secondly, the company needs to strengthen communication with government organizations to anticipate regulatory changes and to be proactive. Transnational corporations may even work together with competitors (foreign and Russian) and with industry associations, engaged in lobbying the government and influencing decisions that may have implications for their sectors and consumers.

Thirdly, companies need to consider greater localization of their activities. The wider they have the local base, the more chances of obtaining government contracts, the more leverage, which helps to survive in conditions detrimental to their state regulations. Contributing more taxes to the Treasury using local labour and local sources of supply, firms will be able to demonstrate that state intervention has a negative impact on Russian companies and their employees.

Despite the confusion in the relations between Russia and the West, such an operational response plan will help foreign corporations to withstand the pressure of political events and even use it to their advantage.

Mark Macnamee — senior analyst at Frontier Strategy Group in Europe. It is a leading information and consulting partner, providing guidance for management of large companies in emerging markets.