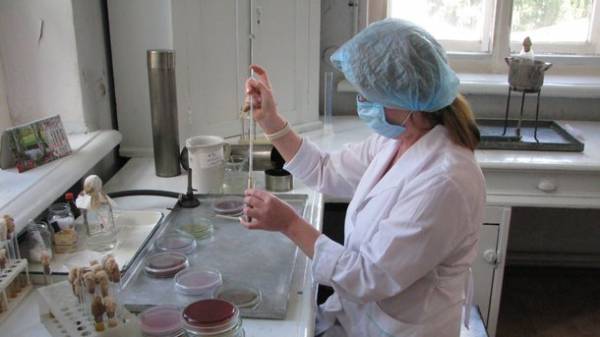 Millions of lives were saved thanks to the development of the Kharkiv scientists, who more than a hundred years of work in the Institute of Microbiology and immunology. Mechnikov. In one of the oldest in Europe and the only institution of such profile in Ukraine has created about 60 different vaccines and serums against diphtheria, tuberculosis, tetanus, cholera, and continue to look for ways to protect against infections. “Today,” visited in the “Palace of medicine” where researchers create a unique product.

Institution founded 130 years ago as the Pasteur Institute and bacteriological vaccination station. It all began with the two brothers bitten by a mad dog. One child died and the second had sent to Paris to the famous microbiologist Louis Pasteur. The boy went to two young scientists of Kharkov, who on his return began to conduct experiments and began treatment according to the method of Pasteur.

Building companies in the city centre, on Pushkinskaya street was built in 1913 by the famous architect Alexey Beketov and dubbed the “Palace of medicine”, as it was called now. Crossing the threshold the Institute, follow the Director Nikolai Popov in the Assembly hall, the interior of which has remained since the construction of the building: stucco and murals on the ceiling and walls, carved window frames, Austrian furniture, and the striking lobby, elegant staircase made of marble. In the auditorium of the preserved rostrum, which was made by Joseph Stalin.

“He was a delegate to Congress and urged the employees of the Institute to begin creating biological weapons. Support of scientists, he found, and later the entire leadership of the Institute of the repressed”, — says the Deputy Director on scientific work of Hope Sklyar. 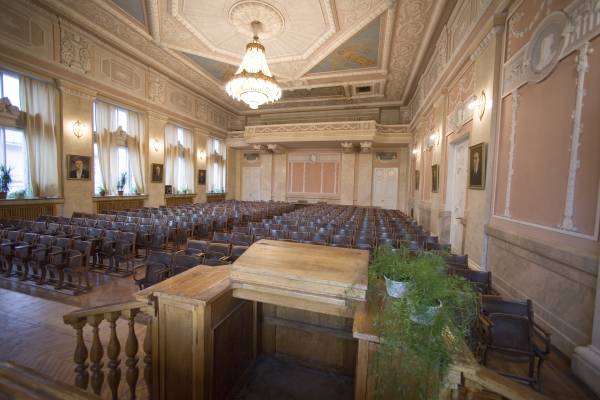 Luxury. The interior of the Assembly hall has been preserved in its original form with stucco and paintings on the ceiling 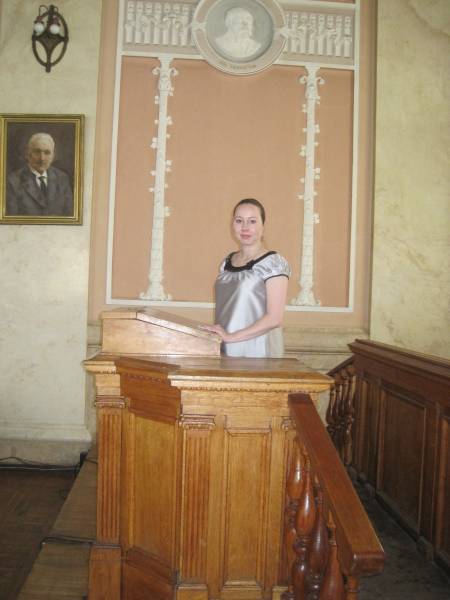 Now the work of scientists aimed at finding new means and methods of diagnostics, treatment and prevention of infectious diseases. One of them is tuberculosis. Kharkiv microbiologists develop a drug that prevents reactivation of the disease following her. According to Nadezhda Sklar, now a vaccine patent, she became interested in one of the US companies that provided the Kharkiv expensive equipment, chromatograph and purchased supplies.

Also, the Institute has developed a unique, having no analogues in the world a vaccine against diphtheria. “Existing vaccines directed against diphtheria toxic component which causes the manifestation of the disease. However, the epidemic of the 1990s showed that the pathogens remain, live and produce in the oropharynx and are transmitted to asymptomatic or mild. Our vaccine allows how to deal with the toxin, and remove the carrier to protect against infection per se, to put a barrier to microbe”, — said Irina Eliseeva, leading researcher of the laboratory of prevention of droplet infections.

“According to who recommendations, if the population is more than 30 million, the vaccine should be created in this country from regional strains, those microbes that cause disease here, and then they will be effective. The Institute has great experience and high scientific potential for the development of vaccines against various infections. With sufficient funding and availability of their production, we could provide Ukraine with all necessary vaccines. The development and domestic production of vaccines is a matter of national security,” says Professor Popov. 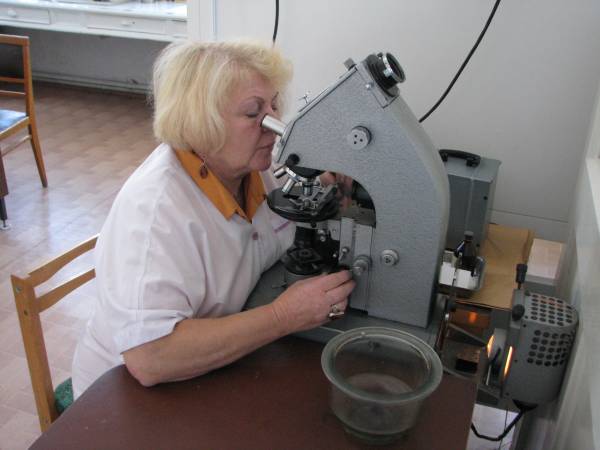 Anaerobic infections. Scientists are developing a vaccine against the wound disease and studying the strains

LAB: A DANGEROUS JOB FOR THE SAKE OF FINDING VACCINES

In the lab where microbiologists create vaccines, go in mask, cap and disposable gown. Such precautions are not just a formality but a necessity, because, when working with dangerous strains of viruses, employees regularly make the necessary vaccinations, so as not to catch the bug.

Their vaccine Kharkov scientists create a new, self-developed technology — the material of microbial mass is treated not by chemical methods, and physical, for example, using ultrasound, electromagnetic radiation. Thus have got unique vaccine against diphtheria.

“In the world it is produced by chemical methods using the toxic substance formalin. Its remains can cause allergic reactions, side effects. And we apply physical methods to remove additional toxic factors in the composition of the vaccine,” explained Larissa Zhdamarova, leading researcher of the laboratory of prevention of droplet infections.

This same technology microbiologists have created a drug against whooping cough. Deputy Director of the Institute Nadezhda Sklar said that the existing vaccine is prepared from the whole organism, and therefore, it causes many side effects in children. The Kharkiv received an acellular vaccine had been destroyed, the microbe and drew from it the most active part, antigens that do not possess toxic properties, but cause the production of immunity to pertussis. Vaccine exceeded by the effectiveness of the adopted domestic standard. 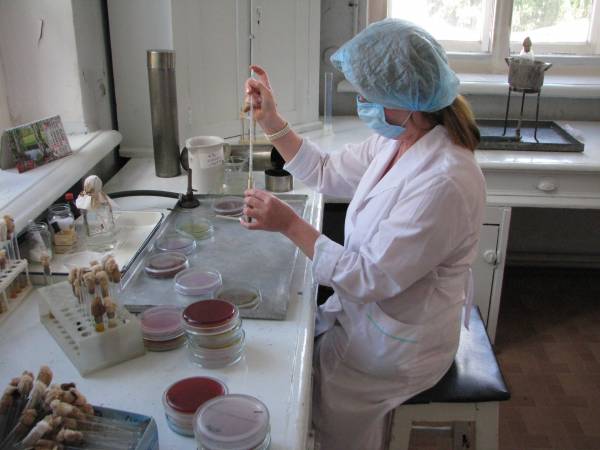 Also at the Institute are developing a vaccine against infections caused by Pseudomonas aeruginosa. This infection often used inside hospitals, and the pathogen is very resistant to antibiotics.

“Strains of Pseudomonas aeruginosa infection change very quickly. Need to know what the strains are, in any territory or the medical institution circulate. It is from them it is desirable to prepare the vaccine, then it will be highly effective. Therefore, we create a common vaccine for all, the drug is providing protection against a certain kind, more local. To do this, collect modern strains of Pseudomonas aeruginosa, dominant in Ukraine, and study their characteristics”, — said the head of laboratory of anaerobic infections Svetlana Derkach. This vaccine is particularly relevant in the context of fighting for prevention and treatment of wound and burn infections.

Once in Ukraine there is a previously unknown infection, she immediately becomes the object of research in the laboratory of a new and little-known infections. In recent years there engaged in vector-borne diseases, pathogens of which are transmitted by ticks, e.g. babesiosis. Previously it was thought that it affects only animals, but it turned out that the parasite is dangerous to humans. According to Hope Sklyar, such diseases are not well understood, so diagnosing them is not easy. Scientists of the Institute — the only one who teaches Ukrainian doctors to put the correct diagnosis, identifying such infections. Abroad have begun to test for their presence of blood, Kharkiv microbiologists already learning from the experience of Polish, Italian and American colleagues.

The institution operates and the vivarium, which provide experimental animals: rabbits and Guinea pigs. Hope Sklar says that the test the European Commission has confirmed compliance with all requirements humane treatment of animals. Scientists are interested in the good health of the Pets, bring them various Goodies, after all the work of microbiologists, primarily aimed at the protection of health and life. 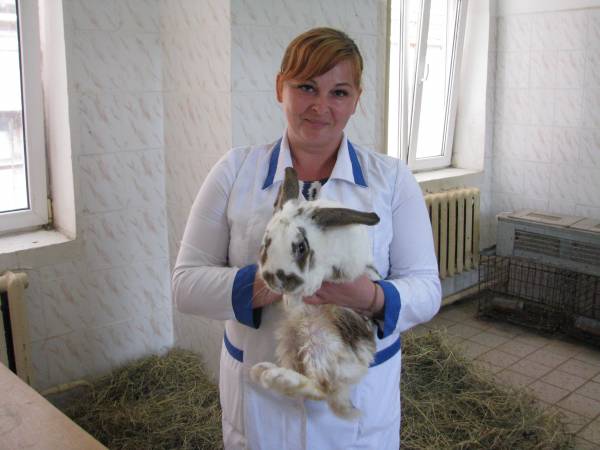 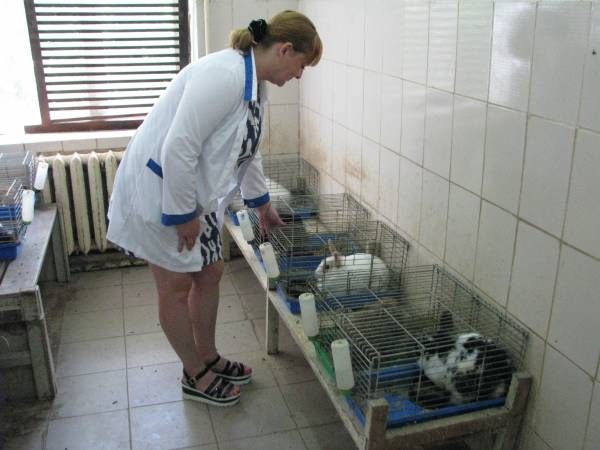 The vivarium. Building for laboratory rodents

COLLECTIONS: THE MUSEUM IN THE COLD AND CENTENNIAL BOOKS

The Institute of Microbiology and immunology. Mechnikov proud of my collection of microorganisms, which began to gather since the founding of the institution, before the era of antibiotics. Now the collection includes more than 2,000 strains of mikroorganizmov that store in the cold in a dried form. Each sample has its own passport, which recorded the year and place of isolation of microorganism, its host. “The collection includes unique strains that are not encountered with antibiotics. We want to study the evolution of micro-organisms, which properties they have lost and gained, and under the influence of anything. Knowing this, we can predict which outbreaks and epidemics can be expected,” — said the Director of the Institute Nikolai Popov. To share unique strains of Kharkiv has asked repeatedly and European counterparts.

Also in the building of the Institute has a library that stores books and magazines published in the late XIX century. On the shelves you can find even lifetime editions of Ilya Mechnikov in the French language that came out just after his move to Paris. Mechnikov himself at the Kharkov Institute were not working, but forget the name of the famous countryman, the graduate of Kharkov University and winner of the Nobel prize for microbiologists, of course, could not, because in 1927, gave the Institute its name. 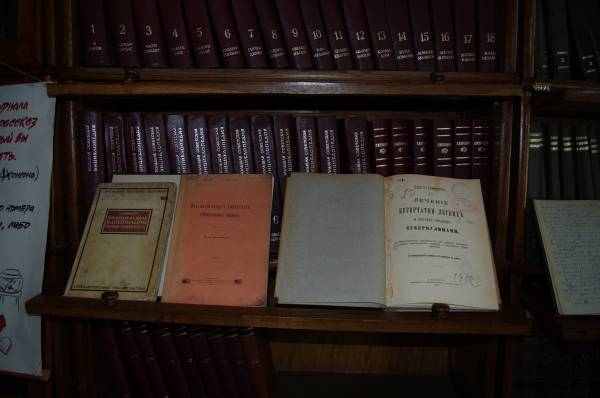 Library. On the shelves — 130-year-old curiosities and works of Kharkiv “French” Mechnikov