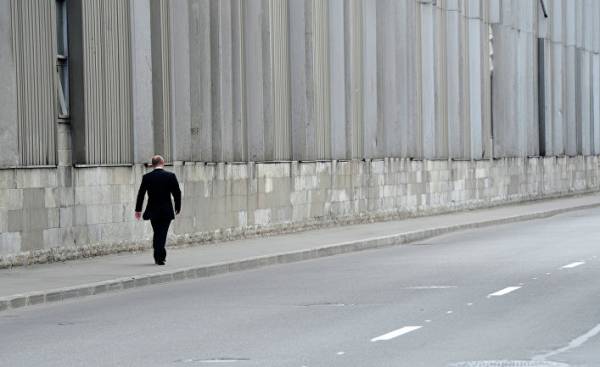 Versailles voyage Kremlin king demonstrated that time is not subject even to the celestials. They are also aging. They also go. Or stay till the end.

Putin, of course, evil. Against Ukraine is a hybrid war, took the Crimea, destroyed the Donbass, Abkhazia held hostage, Transnistria “feeds”, Trump helped to become President, Assad supports LIH helps secretly, blackmails Europe by possible terrorist attacks. We do not always realize where the real and what is myth. And this is understandable. For 18 years (!!!) individual Board nuclear Russia could survive in the mind and to become a myth. Our here for a couple of years from the world of the adequacy of the leaves, and then two decades of overwhelming power, untold wealth and the people’s love. And even the suitcase with the button side.

Because we all have our troubles with him and associate. That’s the dream, when he is gone. If we analyze, what is the most relevant and popular topic in the Ukrainian media, it turns out that Putin. Putin and his Regime. We are from morning until evening writing and talking about the same thing and going round in circles. Conspiracy theories about build a Palace coup, a condition of excessive Botox, the next Palace or the ultimatum of the West. About the Hague from time to time remember about the crisis of the Russian economy and the frequent protest Marches. In General, the General outline is clear. Down with the autocrat and the tyrant! And this is understandable.

Just me in connection with this question. Well, there goes Putin. Didn’t make it. What? That will change dramatically? It is necessary to know the history. Russia is a country where the authorities come in three ways. Or the revolution, or as a result of the collusion of the ruling financial and political elite. Or, in a Palace coup. And the elections are only a screen, and official confirmation decisions.

So, the revolution in Russia today. Revolutionaries. And the demand for it in society there. Powerful propaganda and sweep “of the territory” gave the result. Navalny on a leash in the form of opposition is rather to the external image. Yes, and think of yourself: where Bulk — where’s the revolution…

Next. A Palace coup is not the same. This is disadvantageous to the ruling elite, whatever the differences within this conglomerate. They understand what such experiments is fraught for them and their future. And the enemies can easily take advantage of a moment of anarchy. Design it is very fragile.

Remains a conspiracy. The usual conspiracy of elites. A joint decision on the receiver Putin. And not without the participation and opinions of the king. These are the realities. And it’s a tradition. It would seem that Putin has already got all. Because of its excessive ambitions suffer, the oligarchs and their money, fell under the sanctions. He has become a burden. They don’t want to be outcasts. On the contrary, want to continue to live large and be known as a gentlemen. Then why the conspiracy? The answer to the surface. Because Russia has for many years ruled by the “collective Putin”. And the GDP is simply the guarantor of the preservation of power and increase of capital, the Foundation of stability for the ruling class. Rather, to Kremlin and Kremlin elite. And for the sake of avoiding the trough of the other (and willing enough) this Clan must agree and will bring to power an Heir. Of course, using all necessary Election procedures. All resources are concentrated in their hands, so no problem with it. And the West agreed to look perfect.

And what do you think, to replace the “great and terrible” comes the intellectual-liberal democratic principles? No, in modern Russia it is impossible. So was the situation. Russia is impossible to manage liberal. The country will disintegrate. Russia needs a strong hand, Imperial ambitions, the image of an external enemy and the System. Preferably, Fsbshnaya. Or gangster.

In addition, well give me the name of a possible real heir to Kremlin throne, who will treat our country better than Putin? Which is easy to observe the drift of Ukraine towards EU and NATO? Which, finally, will voluntarily return the Crimea? Donbass is please. Destroyed, plundered, destroyed businesses and angry people — he does not need Russia. Mental and humanitarian schism there had already occurred. And it will become a problem in our country. But Crimea is another matter. It is sacred for the Muscovy strategic territory. This epoch-making historical theme.

Well, who give, of those who are in Putin’s entourage? And the other will not succeed. The circle is closed.

What am I? Yes to the fact that Ukraine needs to understand that with the departure of Putin, our relations with Moscow will not be more friendly or equal. We will always try to return into its orbit of influence. And different methods. While we can not prove its real independence.

We need less “devolutionary” the current master of the Kremlin. It’s all clear. Sooner or later he will leave. Hague, of course, no will. Unconditional surrender also. This is the modern world. Will be an agreement. And not only in Russia.

Therefore it is necessary to be aware that our geographical neighbor with always inherent Imperial manners are not going anywhere. Who would be there and what kind of “democratic” slogans nor replaced the Tyrant.

Its European choice we have to win. You need to understand that the radicalization of society and violent nationalist doctrine only weaken our country and create the preconditions for the seizure of our lands. Or the enslavement of our brains.

Already today it is necessary to build its economy independent from that of its Northern neighbor. Particularly in the areas of energy and military-industrial complex.

Need to boost the formation of its own humanitarian strategy for the development of a unified Ukraine, able to withstand the ideological sabotage of the neighbor. It’s time to create your information Board.

Then there will be a term and will development. Who would be there they came. Then the territory will gradually return… and people.

Ukraine has spent almost a quarter of “winter” gas reserves 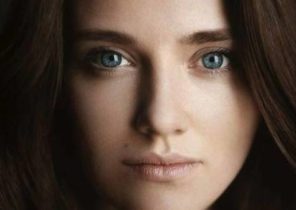