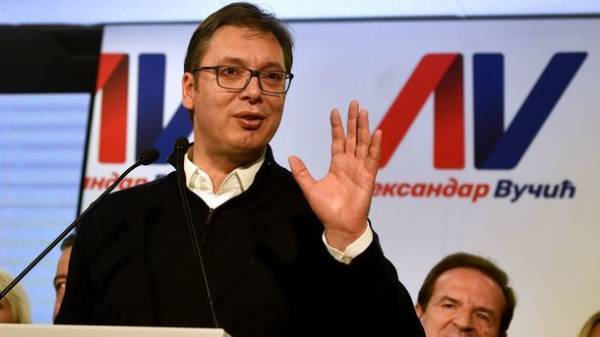 The Prime Minister of Serbia Aleksandar Vucic announced his resignation, local media reported. This is stated in the relevant document filed in the Parliament, the TV channel “112 Ukraine”.

“Resign from the post of Prime Minister of Serbia,” said Vucic in the document, adding that the resignation is connected with his election to the presidency.

Tomorrow, may 31, he will enter into a new position.

We will remind, the Prime Minister of Serbia Alexander Vucic declared himself winner of the presidential elections held on Sunday, 2 April. According to official results, he won 55% of the votes, almost 40% more than the ex-Ombudsman Sasa Jankovic, who took second place.