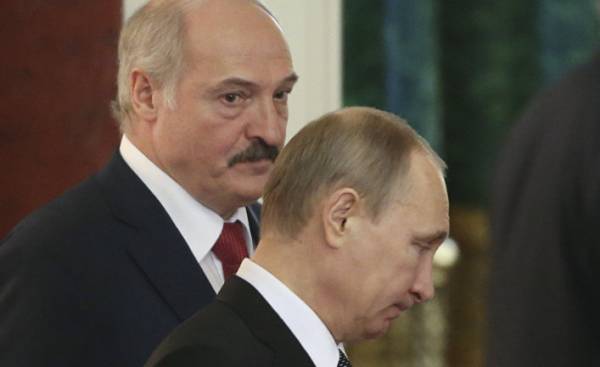 Caught by surprise the military operation of Russia in the Crimea in February 2014, President of Belarus Alexander Lukashenko finally chose a position of neutrality toward the conflicting parties. He veers between a tacit recognition of the annexation of Crimea and unwillingness to worsen relations with Ukraine, which is the third largest trade partner of Belarus.

24 Mar 2014 he said that “the annexation of Crimea to Russia is wrong because of the precedent of revising the territorial integrity of Ukraine and security guarantees provided in the Budapest Memorandum of 1994 “. However, after a few days in the UN General Assembly Belarus somehow voted against the resolution containing the same criticisms, while the document did not provide for any sanctions against Russia.

Although Lukashenka refused from the criticism of the events on the Maidan, which had been deposed former President of Ukraine Viktor Yanukovych, June 7, 2014, he attended the oath of office to his successor, Petro Poroshenko. In the same year, in the midst of a military conflict in the Donbass, Belarus rushed to help Ukraine giving it credit for diesel fuel for the army and kerosene for aircraft military support, destroying thereby the way strategic partner Russia.

Intensive cooperation with Moscow allowed Minsk to become the summer of 2014 as host of the negotiations on the Donbass, acceptable to all stakeholders. Having a reputation for being the “last European dictator” and a ban on entering the EU, Lukashenko did not hesitate to seize the opportunity to break through the isolation of Belarus is located next to Francois Hollande and Angela Merkel at the summit “Channel four” in February 2015.

The President of Kazakhstan Nursultan Nazarbayev has put a lot of effort to ease tensions between Moscow and Kiev. While Belarus has opposed the UN resolution that recognized held in the Crimea referendum in March, 2014 on joining Russia is illegal, the representative of Kazakhstan chose to abstain, while voting against the resolution on human rights violations in the Crimea, launched by Kiev in 2016.

On the initiative of Nazarbayev, in 1997 the capital of Kazakhstan was moved to the North, to reduce the risk of separating this part of the country. Thus, he tried to distance itself from Russia, not touching the interests of its powerful ally. Since the first talks in the Belarusian capital on August 26, 2014 Nazarbayev advocated the peaceful settlement of the crisis in the Donbass. Since then, Nazarbayev twice visited Kiev, Reaffirming their support for Ukraine’s sovereignty and deftly avoiding criticism towards Vladimir Putin. “I am grateful to Kazakhstan for its firm and consistent position, for his support of independence and territorial integrity of Ukraine”, said President of Ukraine Petro Poroshenko on December 22, 2014. Then almost Astana hosted the second round of negotiations Minsk 2 on 12 February 2015.

Being dependent on a third of imports from Russia, Kazakhstan positively would react to the abolition of Western sanctions against Moscow.

On the other hand, accepted the Kremlin’s retaliatory sanctions without consultation with the other members touched Astana. Especially alarmed Kazakhstan commitments made by Kiev, according to which from January 1, 2016, all products in the Kazakh market had to go by transit through Belarus and not, as before, through the Caucasus. In response to the unilateral actions of Russia, Kazakhstan strengthened cooperation with Ukraine. In October 2015, Poroshenko has arrived in the capital of Kazakhstan to sign agreement on economic cooperation and give both countries the opportunity to Express its commitment to respect the sovereignty and territorial integrity of States.

The conflict in Syria has allowed Nazarbayev to attract world attention to his country. C may 3 in Astana, the third since January, peace talks on strengthening the ceasefire between supporters of the Assad regime and its opponents. And only thanks to Nazarbayev’s efforts to reconcile the Turkish President and Vladimir Putin, whose mutual trust has been undermined after the destruction of the Russian bomber in November 2015, Moscow and Ankara, the initiators of the summit along with Iran, was at the same table. Nazarbayev was the first head of state to visit Turkey after the coup d’état on 15 July 2016 ODA. He came to his “brother Erdogan”, hinting thereby that 70% of Kazakhs are of Turkish origin. This is despite the fact that he had received a demand to close 33 Kazakh-Turkish Lyceum owned by the Hizmet movement of Fethullah Gullen, the suspect in the attempted organization of a coup.

Nazarbayev criticized within the country and concerned about the war, which interferes with his re-election (in the 76 years he has been in power since 1990), relies on diplomatic zeal to restore its image as a defender of national sovereignty in the eyes of the people, while strengthening relations with its main trading partner — the EU. The key to the stability of his regime. 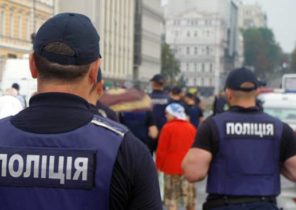